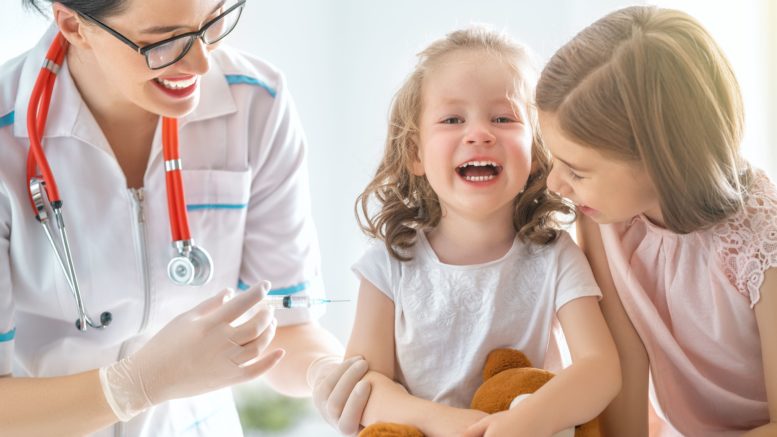 Goldstein, et al. (2019) say that the frequency of vaccine-preventable disease (VPD) outbreaks is increasing in the United States and attribute this to susceptible, nonimmune children whose parents have opted to exempt them from school-entry vaccination requirements.

In 2018, a temporal link between disease outbreaks and vaccination uptake was described, whereby an increase in reported cases of pertussis subsequently motivated receipt of pertussis vaccination. Similar dynamics may be present in legislation, whereby increases in reported VPDs may prompt a legislative response. Thus, Goldstein, et al. (2019) sought to assess whether state trends in VPDs were associated with trends in the introduction of state legislation that would alter vaccine exemption laws.

The researchers linked state VPDs reported to the National Notifiable Diseases Surveillance System (NNDSS)4 to an existing data set of proposed bills that would impact state vaccination exemption laws between 2011 and 2017. Because these data were publicly available deidentified state-level aggregates, institutional review board approval and informed consent were not required. They aggregated the reports for all states between 2010 and 2016, allowing for a 1-year lag to allow time for an uptick in disease to prompt a legislative response. They limited the NNDSS data to diphtheria; Haemophilus influenzae serotype B; hepatitis A and B; influenza; pneumococcal disease; measles; meningococcal disease serotypes A, B, C, Y, and W-135; mumps; pertussis; rubella and congenital rubella syndrome; tetanus; and varicella. These VPDs were selected based on the Advisory Committee on Immunization Practices childhood schedule.

On average, each state reported a mean (SD) of 25 (17) VPDs per 100 000 people per year. There were 175 vaccine exemption-related bills proposed, of which 92 (53%) expanded exemptions and 83 (47%) restricted exemptions. In the analysis limited to bills that would restrict exemptions, each SD increase in VPDs per 100,000 people was associated with with 54% more bills being proposed (95% CI, 27%-88%), controlling for year-to-year differences. In the analysis limited to bills that would expand exemptions, reported VPDs were not statistically associated with bill proposals. However, when restricting VPDs to only pertussis, the sensitivity analysis revealed significant associations with both types of bills.