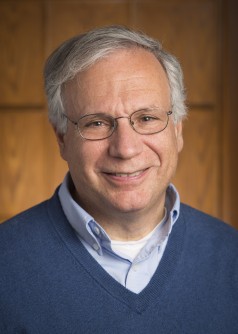 Yale Cancer Center (YCC) scientists have developed a new cell screening method for agents that alter biologic functions. This approach uses thousands of artificial proteins called “traptamers” and may help to answer research questions that are difficult to address with other cell screening methods, including the SARS-CoV-2 virus, COVID-19. The data is published today in the journal Cell Reports.

Traptamers are extremely short proteins designed to bind to transmembrane proteins—proteins that span cell membranes and play critical roles in many cell processes. DiMaio’s lab developed the technology more than a decade ago, based on its discoveries about a bovine papillomavirus gene called E5, which provides a model for traptamer design.

In traptamer screening, researchers first generate many versions of the artificial proteins, each one being unique. The scientists then screen these artificial proteins for activity in a large number of cells. Any traptamer that binds to a cell transmembrane protein may activate or inactivate it, and thus can affect processes controlled by the protein. “Most traptamers don't do anything,” said DiMaio. “Rare ones, maybe one out of 20,000, do what we want them to do.”

Over the years, DiMaio and his collaborators have isolated traptamers tailored for specific transmembrane proteins that are crucial to cellular function, such as infection by HIV (human immunodeficiency virus). More recently, DiMaio and his team wondered if traptamers could be used as a screening tool to block a process such as HPV infection, another main line of research in his lab, without designating a specific transmembrane protein beforehand.

To test this idea, the Yale team generated about 250,000 traptamers, expressed them in HeLa human cells, and added HPV. Since HPV doesn’t kill these cells, the researchers engineered a form of HPV expressing a gene that can stop the cells from growing, providing a selection for traptamers that block infection.

The screen allowed them to isolate a traptamer that inhibits a cellular protein called TBC1D5, thereby blocking HPV infection. Follow-up research demonstrated that TBC1D5 regulates a protein called Rab7, a key player in a biological pathway by which HPV enters cells. These findings in turn suggested that Rab7 may be a likely target for anti-HPV therapies.

DiMaio noted that HPV vaccines, which are effective and safe, are the first line of defense against the virus. Unfortunately, not everyone can or will be vaccinated, and there’s still a need for other treatments to defend against HPV or slow its spread.

Traptamer screening may also be a powerful tool to investigate other diseases. For instance, Jian Xie, Ph.D., a postdoctoral researcher in the DiMaio lab and the first author of the paper, has designed traptamer screens against the SARS-CoV-2 virus, in collaboration with Craig Wilen, MD, PhD, assistant professor of laboratory medicine and immunobiology.

DiMaio says that the method may offer advantages over screening based on a widely adopted DNA-editing technology called CRISPR. In CRISPR screens, which have fueled many major recent advances in research, scientists “knock out” different single genes in a population of cells, which prevents the genes from expressing proteins, to see how that alters a given biological process. “CRISPR screening is similar in principle to traptamer screening in that basically you throw a lot of things at cells, select for the effect you're interested in, and then use that information to try to dissect the process,” DiMaio explained.

Yale’s Erin Heim, PhD, and Mac Crite are co-authors of the paper. Lead funding came from the National Cancer Institute and the National Institute of Allergy and Infectious Diseases.

1 Comment on "Yale Scientists Develop a New Experimental Method to Study Infection and Disease, Including COVID-19"