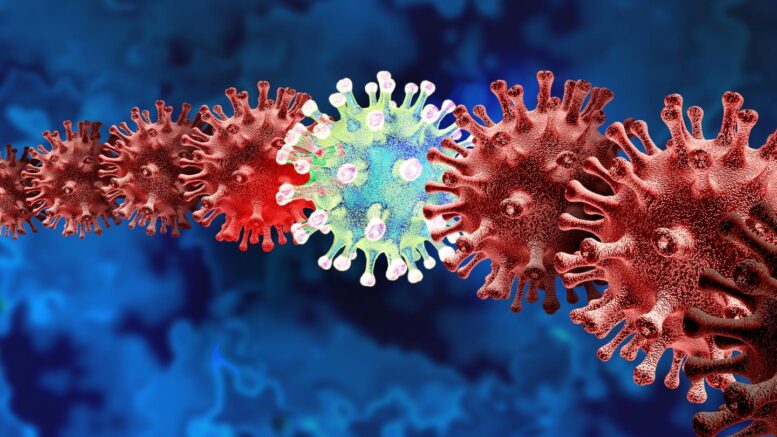 Courtesy of University of Queensland

Variants of viruses, such as that causing COVID-19, can now be quickly studied in the laboratory, even before they emerge in nature and become a major public health challenge.

UQ's lead researcher professor Alexander Khromykh said the technology was ideal for use during a global pandemic such as COVID-19.

"This technique should give us the ability to answer questions about whether potential virus variants are susceptible to a particular drug or vaccine, even before they emerge in nature," Khromykh said. "Up until now, we've mostly just waited and reacted to viral variants as they emerge, and in the case of SARS-CoV-2 the world has been hit by Indian, UK and South African variants*, just to name a few. Now we can mimic the massive 'experiment' going on in nature - where these mutations pop up due to natural selection -- but we can do it safely in a strictly controlled and highly regulated biosecurity laboratory environment."

The UQ-developed process uses copies of fragments from the viral genetic material to assemble the functional viral genome in a test tube.

This allows scientists to rapidly generate virus variants and assess their potential to evade antiviral treatments and vaccine-induced immunity.

QIMR Berghofer helped to evaluate infection and disease caused by the 'test tube'-made virus in pre-clinical models to ensure the technology was able to generate authentic viruses.

Professor Andreas Suhrbier from QIMR Berghofer said the research was essential, as viruses were changing all the time.

"We can now monitor changes in viruses like SARS-CoV-2 and can see which variants may not respond to certain vaccines and anti-viral treatments. We can also investigate whether potential variants are more or less virulent in mice, and find out which drugs and vaccines will be effective. It's great to finally have this vital tool and start tackling these challenging questions."

*WHO has now re-classified these variants as Alpha (UK), Beta (South African) and Delta (Indian).