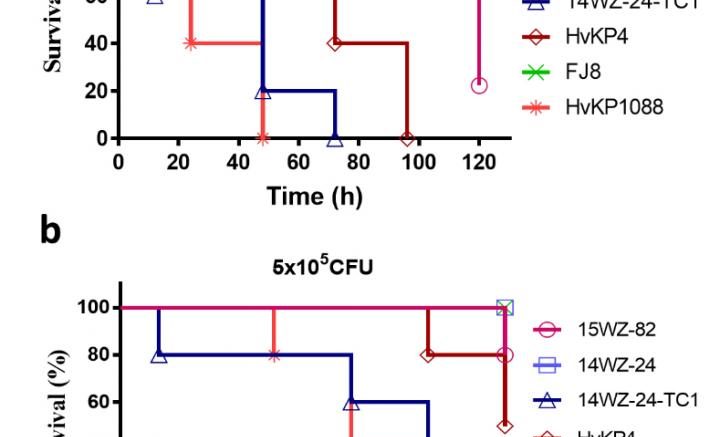 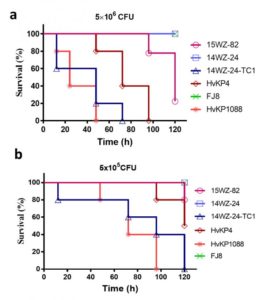 A recent research led by a scientist at City University of Hong Kong (CityU) has discovered an easily transmitted DNA piece that can make a new type of hyper-resistant and deadly superbug become hyper-virulent quickly, posing an unprecedented threat to human health.

Klebsiella pneumoniae is a major bacterial pathogen that can cause serious infections, especially in patients with compromised immune system. And it can easily spread through healthcare facilities, such as neonatal intensive-care units. It belongs to the Klebsiella genus, which is classified by the World Health Organization as one of the three "critical priority pathogens" for its multi-drug resistance, and hence new drugs are urgently needed. *

In 2017, professor Chen Sheng, who then worked at the Hong Kong Polytechnic University, together with his research team and collaborators from Zhejiang University, discovered a new strain of Klebsiella pneumoniae which was not only resistant to carbapenem -- a highly effective antibiotic commonly used for treating severe or high-risk bacterial infections, but also hyper-virulent and highly transmissible. Their findings were published in Lancet Infectious Diseases (DOI: 10.1016/s1473-3099(17)30489-9).

"But we did not know how this superbug was formed," said Chen, who is now the acting head of Department of Infectious Diseases and Public Health at City University of Hong Kong.

To solve the puzzle, Chen and his team continued the investigation of this new hyper-virulent Klebsiella pneumoniae strain.

Recently, when they isolated a carbapenem-resistant Klebsiella pneumonia strain from a patient in a Chinese hospital, the phylogenetic analysis revealed that the strain actually belonged to Klebsiella variicola strain. "Klebsiella variicola was rarely isolated from clinical samples. It usually resides in the respiratory and gastrointestinal tract of patients without producing typical signs of bacterial infections," said Chen.

The team discovered that this Klebsiella variicola strain actually carries a new plasmid -- a ring-shaped piece of DNA, which harbours the key genes of the virulence plasmid commonly found in hyper-virulent Klebsiella pneumoniae, leading to high-level virulence and making the bacteria more dangerous.

Further experiments by the team also discovered that the new-found plasmid could travel from one bacterium to another. The transfer of this virulence plasmid to a carbapenem-resistant Klebsiella pneumoniae strain can result in a significant increase in the virulence level of such strain, making it both carbapenem-resistant and hyper-virulent.

Based on this finding and more data from his team, Professor Chen said that there would be more different types of conjugative virulence plasmid transmitting around in clinical Klebsiella pneumoniae. His team will continue to investigate more clinical Klebsiella penumoniae strains to discover more different types of conjugative virulence plasmids, which attribute to the current emergence of hypervirulent and carbapenem-resistant Klebsiella pneumoniae.