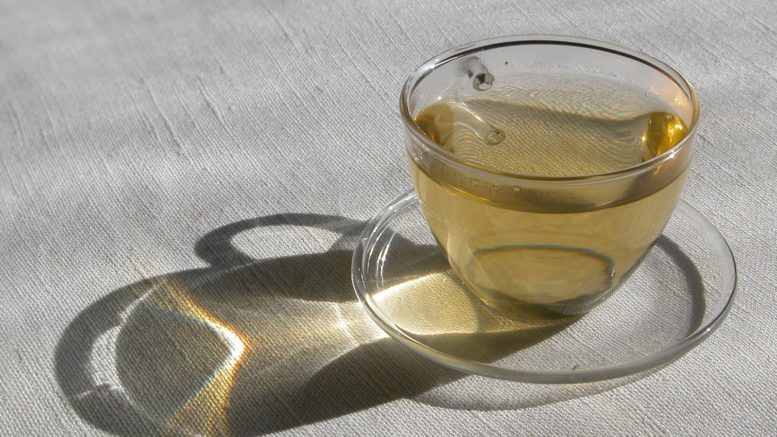 Norovirus, which causes vomiting and diarrhea, sickens an estimated 48 million people in the United States every year and causes about 3,000 deaths. It's transmitted from person to person and through consumption of contaminated water and food.

Lots of things we consume contain what are known in the industry as edible films: They can enhance appearance, like wax that makes apples shiny; hold contents together, like plastic drug capsules; and prevent contents from seeping together by, for example, being placed between a prepared pie crust and the filling.

"In many cases, an edible film is in a product, but you are not aware of it," said Melvin Pascall, professor of food science and technology at Ohio State University and senior study author. "We don't have to put that on the label since the material is edible. That's another way in which we use packaging - and the consumer doesn't have to know."

Some edible films are also enriched with antimicrobial agents that can kill or slow the growth of organisms that cause illness, such as E. coli and mold.

In this new study led by Pascall, adding green tea extract to a film-forming substance created a safe-to-eat barrier that killed norovirus as well as two types of bacteria.

While most antimicrobial packaging advances to date have emphasized fighting bacteria, this finding holds promise for a newer area of research into the concept of using edible film to kill a virus, Pascall said.

"Norovirus is a tough virus to work with - it is a non-enveloped virus, which is the type more resistant to sanitizers and antimicrobial agents," he said. "However, because it has public health concerns and has been implicated in a number of foodborne outbreaks, we wanted to look at the effects of green tea extract on norovirus."

The study is published in the International Journal of Food Science.

Pascall and his team created the films with a base substance called chitosan, a sugar found in the exoskeleton of shellfish. Chitosan is marketed as a weight-loss supplement and used in agricultural and medicinal applications, and has been studied extensively as a safe and readily available compound for edible film development.

Previous studies have suggested that chitosan has antimicrobial properties. But norovirus might exceed its bug-fighting abilities: In this study, the researchers found that chitosan by itself did not kill the virus.

To test the effects of green tea extract, the researchers dissolved it alone in water and added it to a chitosan-based liquid solution and dried film. Several different concentrations of the extract showed effectiveness against norovirus cells, with the highest level tested in this study killing them all in a day.

The scientists introduced at least 1 million virus cells to the solution and dried films. Those containing green tea extract lowered the presence of virus cells within three hours. The films with the highest concentration of green tea extract reduced norovirus to undetectable levels by 24 hours after the exposure.

Though norovirus was the focus of this work, the researchers also found that green tea extract lowered E. coli K12 and listeria innocua, surrogates for bacteria that also cause foodborne illness, to undetectable levels within 24 hours.

This study didn't identify how the killing happens - typically an antimicrobial agent disables organisms in ways that cause them to die or render them unable to reproduce. The researchers used mouse norovirus cells because human norovirus cells don't grow well in a lab setting.

There is still a lot of work to do before green tea extract-infused films are ready to enter the market. A tricky part of adding natural substances to edible packaging is ensuring that enough is used to deliver the microbe-killing effect without changing the taste or smell of the food.

"A higher concentration of a natural antimicrobial might cause a large drop in the target organism, but at the same time it defeats the purpose of the food by adding an objectionable taste or odor," Pascall said. "There is also the impact of the natural compound on the material itself - it may cause the film to become too brittle or sticky. These are things food scientists have to consider when using antimicrobial agents, especially those from natural sources."

It's also too soon to tell which kinds of food would be the best candidates for antiviral edible films made with green tea extract. It depends on whether the food would be exposed to heat, moisture or acidic conditions, for example. There is also a chance another natural substance could do an even better job - Pascall is conducting similar studies with other extracts.