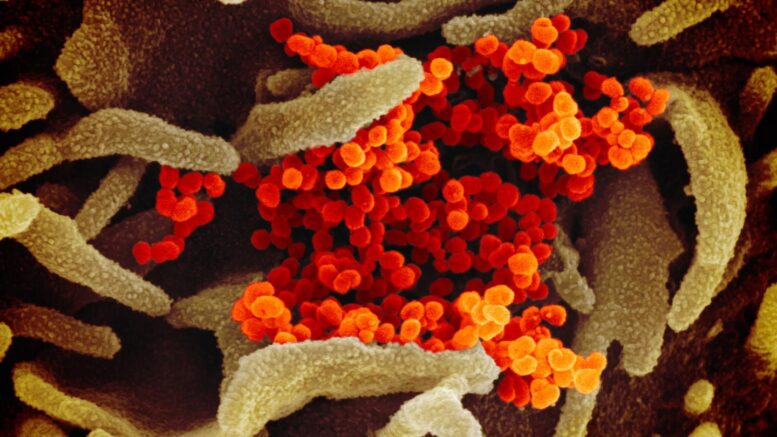 An adjuvant developed with funding from the National Institutes of Health has contributed to the success of the highly efficacious COVAXIN COVID-19 vaccine, which roughly 25 million people have received to date in India and elsewhere. Adjuvants are substances formulated as part of a vaccine to boost immune responses and enhance a vaccine's effectiveness. COVAXIN was developed and is manufactured in India, which is currently suffering a devastating health crisis due to COVID-19.

"Ending a global pandemic requires a global response," said Anthony S. Fauci, director of the National Institute of Allergy and Infectious Diseases (NIAID), part of NIH. "I am pleased that a novel vaccine adjuvant developed in the United States with NIAID support is part of an efficacious COVID-19 vaccine available to people in India."

The adjuvant used in COVAXIN, Alhydroxiquim-II, was discovered and tested in the laboratory by the biotech company ViroVax LLC of Lawrence, Kansas with support exclusively from the NIAID Adjuvant Development Program. The adjuvant comprises a small molecule attached in a unique way to Alhydrogel, a substance frequently called alum that is the most commonly used adjuvant in vaccines for people. Alhydroxiquim-II travels to lymph nodes, where the small molecule detaches from alum and activates two cellular receptors. These receptors, TLR7 and TLR8, play a vital role in the immune response to viruses. Alhydroxiquim-II is the first adjuvant in an authorized vaccine against an infectious disease to activate TLR7 and TLR8. In addition, the alum in Alhydroxiquim-II stimulates the immune system to search for an invading pathogen.

Molecules that activate TLR receptors stimulate the immune system powerfully, but the side effects of Alhydroxiquim-II are mild. This is because, after COVAXIN is injected, the adjuvant travels directly to nearby lymph nodes, which contain white blood cells that play an essential role in identifying pathogens and fighting infection. Consequently, only a small amount of Alhydroxiquim-II is needed in each dose of vaccine, and the adjuvant does not circulate throughout the body, thereby averting more widespread inflammation and undesirable side effects.

COVAXIN comprises a disabled form of SARS-CoV-2 that cannot replicate but still stimulates the immune system to make antibodies against the virus. Published results from a Phase 2 trial of the vaccine indicate that it is safe and well tolerated. Safety data from a Phase 3 trial of COVAXIN in 25,800 participants in India will become available later this year. Meanwhile, unpublished interim results from the Phase 3 trial indicate that the vaccine has 78% efficacy against symptomatic disease, 100% efficacy against severe COVID-19, including hospitalization, and 70% efficacy against asymptomatic infection with SARS-CoV-2, the virus that causes COVID-19. Results from two studies of blood serum from people who had received COVAXIN suggest that the vaccine generates antibodies that effectively neutralize the B.1.1.7 (Alpha) and B.1.617 (Delta) variants of SARS-CoV-2, first identified in the United Kingdom and India, respectively.

The NIAID Adjuvant Program has supported the research of the founder and chief executive officer of ViroVax, Sunil David, MD, PhD, since 2009. His work has focused on searching for novel molecules that activate innate immune receptors and developing them as vaccine adjuvants.

The collaboration between David and the company that makes COVAXIN, Bharat Biotech International Ltd. of Hyderabad, was initiated during a 2019 meeting in India coordinated by the NIAID Office of Global Research under the auspices of NIAID's Indo-U.S. Vaccine Action Program. A delegation of five NIAID-funded adjuvant investigators including David; two members of the NIAID Division of Allergy, Immunology, and Transplantation; and the NIAID India representative visited four leading biotechnology companies to learn about their work and discuss potential collaborations. The delegation also attended a consultation in New Delhi co-organized by NIAID and India's Department of Biotechnology and hosted by India's National Institute of Immunology.

Among the scientific collaborations sparked by these activities, Bharat Biotech signed a licensing agreement with Dr. David to use Alhydroxiquim-II in their candidate vaccines. This license was expanded during the COVID-19 pandemic to include COVAXIN, which has received Emergency Use Authorization in India and more than a dozen other countries. Bharat Biotech developed COVAXIN in collaboration with the Indian Council of Medical Research ? National Institute of Virology. The company conducted extensive safety studies of Alhydroxiquim-II and undertook the complex process of scaling up production of the adjuvant under Good Manufacturing Practice standards. Bharat Biotech expects to produce an estimated 700 million doses of COVAXIN by the end of 2021.