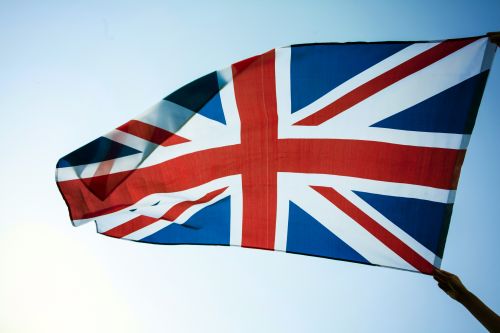 The rapid spread of the Alpha variant of COVID-19 resulted from biological changes in the virus and was enhanced by large numbers of infected people 'exporting' the variant to multiple parts of the UK, in what the researchers call a 'super-seeding' event.

Results of the largest phylogeographic analysis ever conducted, published in the journal Science, maps the spread of the variant (also known as lineage B.1.1.7) from its origins in Kent and Greater London in November 2020 to all but five counties in Wales, Scotland, Northern Ireland and England by 19 January.

Dr. Moritz Kraemer, lead author on the study and Branco Weiss Research Fellow in Oxford's Department of Zoology, says, "At the beginning of December 2020 the epicenter of COVID-19 transmission in England shifted rapidly from the North West and North East to London and the South East, as the Alpha variant took hold. As people traveled from London and the Southeast to other areas of the UK they 'seeded' new transmission chains of the variant. This continued as a national 'super-seeding' event which did not start to slow until early January. Although travel was curbed, after travel restrictions were introduced on 20 December, this was compensated for by the continued exponential growth in Alpha variant cases."

The rapid spread of the Alpha variant across the UK, led to initial reports that it could be up to 80% more transmissible than the original strain. This study, published by researchers at universities including Oxford, Northeastern and Edinburgh, shows mobility significantly affected its spread and early growth rates. According to the researchers, this highlights the need for epidemiologists to work closely with virologists and geneticists rapidly to create accurate transmissibility estimates for new variants.

Professor Oliver Pybus, lead researcher of the Oxford Martin Program on Pandemic Genomics, explains, "Estimates of Alpha's transmission advantage over previous strains were initially 80%, but declined through time. We found Alpha's emergence was a combination of virus genetic changes and transient epidemiological factors. An initial wave of Alpha variant export to places in England with low rates of infection, from the massive outbreak in Kent and Greater London, explains why at first it spread so fast. The Alpha variant does contain genetic changes which makes it more transmissible. It is likely the Alpha variant was 30% to 40% more transmissible than the initial strain. And the early estimates were higher because we did not know how much its growth was exacerbated by human mobility and by how many contacts different groups of people have. Crucially, as more variants emerge and spread in other countries worldwide, we must be careful to account for these phenomena when evaluating the intrinsic transmissibility of new variants."

Verity Hill, co-author and researcher from the University of Edinburgh, expands, "The Alpha variant began by spreading mostly within London and the South East, even during the November lockdown in England. Once this was lifted, it spread rapidly across the country, as human movement increased significantly. Our ability to be able to trace the origins of the Alpha back to a point source in the South East of England has important implications for how new variants arise and how they will spread across the UK."

Dr. Samuel V. Scarpino, lead researcher from the Network Science Institute at Northeastern University and External Faculty at the Santa Fe Institute, highlights the importance of integrative pathogen surveillance systems, "Only by integrating high-resolution genomic, case, testing, and aggregated, anonymous mobility data were we able to identify the drivers of Alpha variant emergence and spread in the UK. Uncovering the mechanisms of B.1.1.7 emergence allows governments to respond more effectively and advances our scientific understanding of epidemics. The challenge now is to build similar surveillance systems globally. Equitable, ethical data systems will be critical for ending this pandemic and preventing future ones."

Kraemer concludes, "As new variants emerge we expect they will spread significantly before travel restrictions are put in place, as likely happened with the Delta variant. Given the scale of its current outbreak, it seems probably that the UK is now an important exporter of the Delta variant across Europe and some other parts of the world. The UK has decided to ease its restrictions because of our high vaccination rates and a confidence that we have protected the most vulnerable people in society. But that's not the case in most other countries and the Delta variant could be starting this process again elsewhere, highlighting the urgent need for faster and equitable distribution of vaccines worldwide."