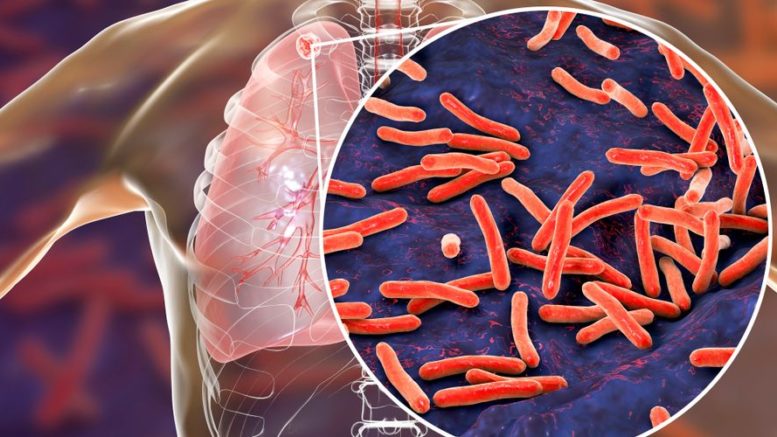 Immunologist Johan Van Weyenbergh (KU Leuven) and his Belgian-Brazilian colleagues have shown that a drug used to fight arthritis also stops the process that allows the tuberculosis bacillus to infect and hijack blood stem cells.

Tuberculosis (TB) may affect any part of the body, but the spread of the disease might start in the bone marrow. Immunologists from KU Leuven and Brazil have shown that the TB bacillus hijacks the blood stem cells from the bone marrow to turn them into ideal host cells for multiplication. They also found that this mechanism can be stopped by administering an anti-arthritis drug.

About a quarter of the world population is a carrier of Koch's bacillus, which can cause tuberculosis (TB). Most people who are infected have latent tuberculosis, meaning that they don't become ill. However, this latent TB can turn into active tuberculosis when the immune system becomes weaker, for instance in the elderly or in HIV patients. Worldwide, TB claims more than 1.5 million lives each year.

TB is mostly known as a lung disease - pulmonary tuberculosis is also the infectious form - but tuberculosis can affect all tissues and organs. It is still unknown how the disease spreads through the body, although researchers already suspected that the bacillus hides in the bone marrow. In any case, the TB bacillus needs a host. And it is precisely the blood stem cells that are "tricked" into becoming the perfect hosts, as a study by immunologists from KU Leuven and Brazil has now shown.

"We put these blood stem cells in a test tube and exposed them to the TB bacillus," says Johan Van Weyenbergh from the Rega Institute at KU Leuven, who is the co-lead author of this study. "As a result, two processes took place: the bacillus infected and started multiplying in the blood stem cells. At the same time, the blood stem cells transformed themselves into a very specific type of white blood cells. Under normal circumstances, white blood cells defend our body against infections, but in this case, they were hijacked by the bacillus and became ideal host cells."

The good news is that there is a way to stop this process. Van Weyenbergh adds, "We did a large-scale computer analysis of databases with genes that are important for both TB and blood stem cells. To our surprise, this analysis led us to a medicine against arthritis: Tocilizumab. If you administer that drug in the test tube, you kill two birds with one stone: the transformation of the blood stem cells into host cells comes to a halt and the multiplication of TB bacilli slows down."

He continues, "Running tests in the lab is not the same as actually treating patients, of course. Our paper presents the results of fundamental research. Further research and testing will be needed to explore the potential of our findings."