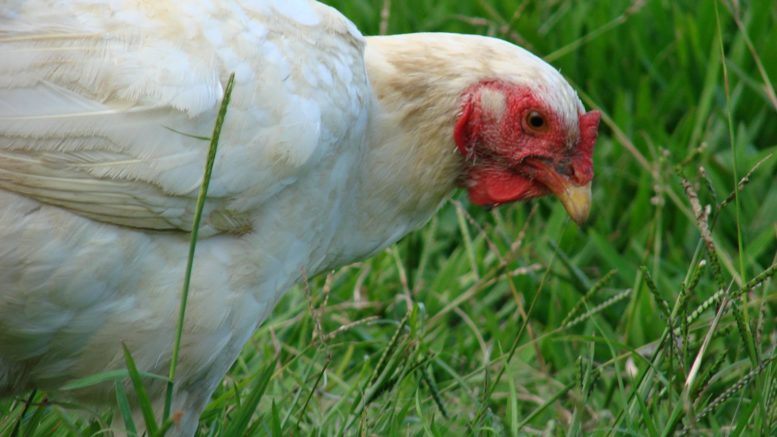 Meat from conventionally raised poultry was twice as likely to contain multidrug-resistant Salmonella as poultry labeled antibiotic-free or organic, according to a first-of-its-kind study being presented at IDWeek 2019.

Eating Salmonella-contaminated meat that is not properly handled or cooked is one of the most common causes of the infection. Severe Salmonella infection requires treatment with antibiotics, which is especially challenging when the bug is highly resistant to drugs.

Antibiotics often are used in animal food production to prevent and treat infection as well as to promote growth. However, overuse and misuse of antibiotics in humans and animals leads to antibiotic resistance, meaning they are less effective when they are needed to treat illness. The Food and Drug Administration (FDA) notes limiting the use of medically important antibiotics in animals is vital to assuring human and animal health.

“These findings underscore how important it is to use antibiotics judiciously, not only in human medicine but in food-producing animals,” said Nkuchia M. M’ikanatha, DrPH, MPH, an author on both studies and an epidemiologist with the National Antimicrobial Resistance Monitoring System (NARMS), Harrisburg, Pennsylvania. “We found a significant percentage of Salmonella bacteria in meat that causes infection in humans were resistant to three or more antibiotics, meaning treatments may not work for some patients who really need them.”

Those at increased risk for severe Salmonella infections include people with pre-existing conditions such as heart disease and adults 50 and older whose immune systems are suppressed, he said.

“Although contamination of retail poultry was found in both conventionally raised and antibiotic-free samples, our results show that Salmonella in poultry produced without antibiotics – based on packaging claims – were significantly less resistant to antibiotics compared with poultry raised using conventional methods,” said Xin Yin, MPH, lead author of the study and DrPH candidate at Penn State College of Medicine, Hershey, Pennsylvania. “Consumers should read production labels and make informed choices based on the evidence about the risk of poultry contamination with drug-resistant Salmonella.”

In the second study, researchers determined 96 of 2,520 poultry, ground beef and pork chop samples (3.8%) purchased during 2015-2017 from randomly selected stores in Pennsylvania contained non-typhoidal Salmonella (in this study, researchers did not assess whether the animals were raised with or without antibiotics). They tested the Salmonella-contaminated meat samples and 109 cultures from human Salmonella infections collected during the same period for susceptibility to 15 antibiotics.

“The genes associated with high resistance are especially concerning because Salmonella can share them with other bacteria and cause other multidrug-resistant infections, not just Salmonellosis.” said Dr. M’ikanatha.

IDWeek 2019 is the annual meeting of the Infectious Diseases Society of America (IDSA), the Society for Healthcare Epidemiology of America (SHEA), the HIV Medicine Association (HIVMA) and the Pediatric Infectious Diseases Society (PIDS). With the theme “Advancing Science, Improving Care,” IDWeek features the latest science and bench-to-bedside approaches in prevention, diagnosis, treatment, and epidemiology of infectious diseases, including HIV, across the lifespan. IDWeek 2019 takes place Oct. 2-6 at the Walter E. Washington Convention Center in Washington, D.C. For more information, visit www.idweek.org.