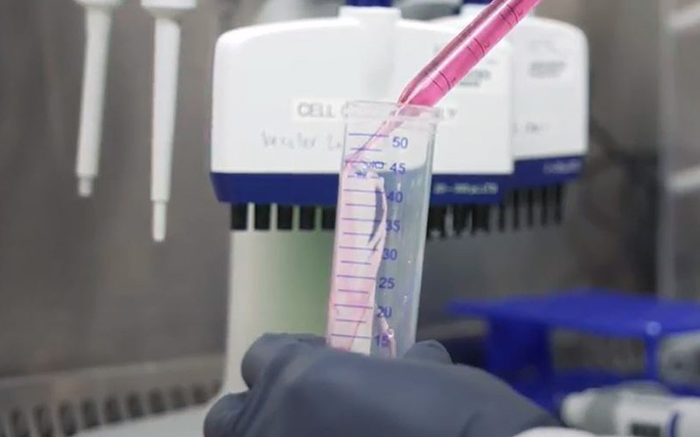 Three epidemic or pandemic coronaviruses – SARS-CoV, MERS-CoV, & SARS-CoV-2 – have spilled over from animals to cause deadly illness in humans in the past 20 years. Virus researchers are determined to discover a means to broadly safeguard people from the continuing threat of emerging coronaviruses.

Clues for creating such an overarching countermeasure might come from a rare type of human antibody that can neutralize several different coronaviruses. These antibodies have been detected in some people who have recovered from COVID-19.

A paper appearing Aug. 3 in the journal Science describes research on five such human monoclonal antibodies that can cross-react with a number of beta-coronaviruses. These antibodies target a structure, called stem helix, in the spike protein of these viruses. The spike protein is critical to the virus’ ability to overtake host cells.

Three epidemic or pandemic coronaviruses – SARS-CoV, MERS-CoV, & SARS-CoV-2 – have spilled over from animals to cause deadly illness in humans in the past 20 years. Virus researchers are determined to discover a means to broadly safeguard people from the continuing threat of emerging coronaviruses.

Clues for creating such an overarching countermeasure might come from a rare type of human antibody that can neutralize several different coronaviruses. These antibodies have been detected in some people who have recovered from COVID-19.

The lead authors on the study were Dora Pinto, Maximilian M. Sauer, Nadine Czudnochowski and Jun Siong Low and the senior scientists were David Veesler, associate professor of biochemistry at the University of Washington School of Medicine in Seattle, and Davide Corti of Humabs Biomed SA, Vir Biotechnology, in Switzerland.

The stem helix in the spike protein has remained conserved during the evolution of certain coronaviruses. That means it is much less prone to genetic changes and is similar in various coronaviruses. These include those originating in bats that have become dangerous pathogens in people, and another subgenus that causes a serious human lung disease transmitted by dromedary camels, as well as a few other subgenera that cause simple common cold symptoms.

The researchers explain in their paper that they were interested in exploring antibodies that target highly conserved regions of the spike protein machinery that enable coronaviruses to fuse with the membrane of host cells. (Other parts of the infective machinery conduct the initial engagement with the cells’ receptors; those parts of the coronavirus spike have a tendency to rapidly mutate and form variants under selective pressure from the body’s antibody response.) An antibody’s ability to bind to the less mutable fusion machinery is what allows it to neutralize distantly related coronaviruses.

To find these sorts of antibodies, the researchers examined certain memory B cells from COVID-19 convalescent donors. Memory B cells are white blood cells that recognize and respond to pathogens that have tried to attack the body during a previous encounter.

Out of five promising antibodies that they isolated, the scientists decided to concentrate on one designated S2P6. Molecular structure analysis and functional studies showed that this human monoclonal antibody had impressive breadth: it was able to neutralize three different subgenera of beta-coronaviruses. The scientists observed that it did so by inhibiting the virus’ ability to fuse with cell membranes.

The researchers went on to test if the S2P6 stem helix antibody could protect against SARS-CoV-2 by administering it to hamsters 24 hours before exposure. They found that this antibody reduced the viral load of SARS-CoV-2 by inhibiting entry of the virus and by enhancing additional anti-viral and virus-clearing cellular immune responses.

Studies of the plasma from pre-pandemic human samples, as well as from COVID-vaccinated and COVID-recovered individuals were also analyzed to see how frequently the stem-helix targeting antibodies appeared. They highest frequencies occurred in people who had recovered from COVID-19, then were later vaccinated. Overall, however, the data from this study shows that, while it does occur, it is relatively rare for SARS-CoV-2 to elicit plasma stem-helix antibody responses. The researchers hope that additional studies might reveal whether this is the case for antibodies that target other parts of the coronavirus fusion machinery or only for those that target the stem helix.

reactive monoclonal antibodies studied in this project might have originated. Their findings suggest that they may have resulted from the priming of B memory cells through one of the common cold-inducing coronaviruses. Then the virus-specific B cells gained cross-reactivity through somatic mutations occurring during the body’s immune response to a natural infection with another type of coronavirus.

The results from this study indicate that eliciting a sufficient quantity of stem helix antibodies through a standard vaccination development approach likely would be difficult. However, the researchers propose that recent computational protein-design advances for potential vaccine candidates against respiratory syncytial viruses and multiple influenza viruses might be adapted to try to induce broad beta coronavirus immunity and overcome the pan-coronavirus vaccine challenge.

The study, “Broad betacoronavirus neutralization by a stem helix-specific human antibody,” was supported by the National Institute of Allergy and Infectious Diseases, a Pew Biomedical Scholars Award, Investigators in the Pathogenesis of Infectious Disease Awards from the Burroughs Wellcome Fund, Fast Grant, Swiss National Science Foundation, University of Washington Arnold and Mabel Beckman CryoEM Center, Helmut Horten Foundation, and Institute for Research in Biomedicine. The project was also partially funded by the Swiss Kidney Foundation.