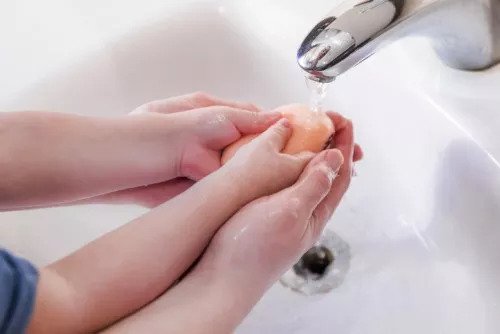 According to a leading international expert on Kawasaki disease, the new and rapidly changing information we are learning about COVID-19 has also shined a light on this pediatric disorder, the nation's No. 1 cause of acquired heart disease among children. Left undiagnosed and untreated, it can lead to long-term heart problems.

Moshe Arditi, MD, professor of pediatrics and director of the Pediatric Infectious Diseases Division at Cedars-Sinai, is an international expert on Kawasaki disease and infectious and immunologic disorders in children. He is concerned that people will attribute the mysterious syndrome that was first reported in Europe and seen most recently in New York City children with COVID-19, to Kawasaki disease. However, the more likely explanation of this new entity, Arditi said, is toxic shock syndrome.

"Although some of the findings, such as pink eye, red lips and red tongue and rash may mirror that of Kawasaki disease, the new condition is anything but," said Arditi. "The symptoms are instead linked to this novel multisystem hyperinflammatory response that features many cornerstone symptoms of toxic shock syndrome and a severe complication of rheumatic disease in children coupled with a severe immune reaction."

Arditi said confusion exists because toxic shock syndrome includes some of these same clinical features of Kawasaki disease, although they are different illnesses altogether.

"The overall clinical picture of children with this new entity is similar in many respects to the later phase of adult COVID-19 infection," said Arditi. "Those characteristics include vasculitis, a severe immune reaction, hyperinflammation, multiorgan injury, diarrhea, acute kidney injury and laboratory features of toxic shock syndrome."

To avoid confusion, several designations have been proposed by the broader medical community, which is now referring to the new pediatric illness as pediatric COVID-19- associated multisystem inflammatory syndrome, or PCMIS.

Kawasaki disease most commonly affects younger children, said Arditi. In fact, 80% are under 5 years of age and 50% are under 2 years of age. However, in reported cases of pediatric COVID-19- associated multisystem inflammatory syndrome in New York and Europe, children were much older, with a median age of 8 to 11.

The most common symptoms of Kawasaki disease include a fever lasting at least five days, red rash, a swollen lymph node, swollen hands and feet, red palms and soles, red eyes, red and dry cracked lips and a red tongue.

In addition to these different demographics and different symptoms, Arditi says that children with this COVID-19 related illness also have completely discordant lab results when compared with those of patients with Kawasaki disease.

"Therefore, at this early stage of our understanding of this new disease, I believe that the data we have so far strongly suggest that PCMIS is not a manifestation of Kawasaki disease," said Arditi.

He stressed that while many of the cases of pediatric COVID-19- associated multisystem inflammatory syndrome have been suspected to have COVID-19, there may be another yet-to-be identified infectious pathogen associated with these cases.

"While this new string of illness is troublesome, I want to remind parents the number of COVID-19 cases among children remains very small," said Arditi, who stresses that adults account for 98% of known cases to-date, with only 2% being among children. "Parents should be reassured that children are unlikely to be seriously ill with COVID-19, and I urge parents not to panic, but instead, remain vigilant and call the doctor if their child presents with any unusual or new symptoms."

2 Comments on "Are COVID-19 and Kawasaki Disease Connected?"