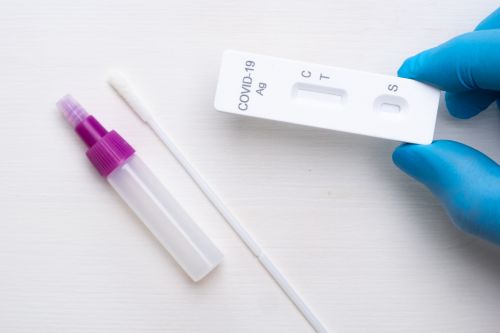 In light of frequent false positives, a team of Canadian researchers has shown that rapid antigen tests for SARS-CoV-2 work only when manufacturer instructions are followed. The research is published this week in Microbiology Spectrum, a journal of the American Society for Microbiology.

The impetus for a study to demonstrate the putatively obvious was that posts had been appearing on social media showing false positives on COVID tests of soft drinks and fruit, which presumably were attempts to discredit the tests, said senior author Jason J. LeBlanc, PhD.

Additionally, schoolchildren being tested for the virus were surreptitiously adding fruit juice and other contaminants into the test device to cause false positives, in order to gain time off from school, said LeBlanc, who is clinical microbiologist in the Division of Microbiology, Department of Laboratory Medicine, Nova Scotia Health, and professor in the Division of Pathology, Dalhousie University, Halifax, Nova Scotia, Canada.

“Seeing the misuse and misrepresentation of the test function on social media, we felt compelled to derive robust scientific data to explain the formation of false positive results during SARS-CoV-2 antigen testing,” added LeBlanc.

The study’s importance goes beyond combating the spread of falsehoods on social media. It could be of widespread benefit to public health worldwide, as the rapid antigen test in question has been distributed to more than 120 countries.

This information will help healthcare providers provide a scientific explanation of why erroneous results can occur when tests are used outside of manufacturer recommendations,” said Leblanc.

The investigators performed rapid antigen tests for SARS-CoV-2 on various commercial beverages with differing salt content and pH levels. These tests all resulted in false positives.

Following that, each component of the buffer solution was removed, in turn, and absence of each invariably resulted in a false positive, said LeBlanc.

A buffer is a solution that resists changes in pH when acid or alkali is added to it. Buffers typically comprise a weak acid or alkali together with one of its salts, and a small organic compound called tricine. “The buffer creates an environment that prevents the antibodies from binding to each other unless SARS-CoV-2 is present,” said LeBlanc.

Thus, the study found that omitting the manufacturer buffer, or altering it in any way could generate false positive results, “highlighting the essential role of each of the buffer components for proper test function,” said LeBlanc.