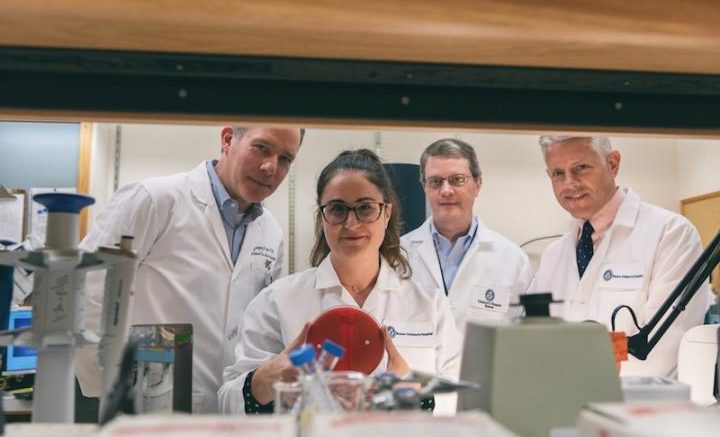 It's become common for patients in the intensive care unit (ICU), both children and adults, to receive probiotics. Often, they are started at home to counteract diarrhea caused by antibiotics. There is also interest in using probiotics proactively in the ICU. A large multicenter clinical trial in Canada is testing whether probiotics would prevent ventilator-associated pneumonia in adult ICU patients.

But a collaborative study published today in Nature Medicine sounds a note of caution in using probiotics in the ICU. In a small percentage of cases, the live bacteria in the probiotic formulations can cause bloodstream infections.

The investigation began when the infection prevention and control group at Boston Children's Hospital began noticing cases of bacteremia in the ICU caused by Lactobacillus, a genus of bacteria commonly found in probiotics. Thomas Sandora, MD, MPH, medical director of Infection Prevention and Control, and pediatric infectious diseases physician Kelly Flett, MD, were alarmed by the incidence -- 1.1 percent of patients receiving probiotics in the ICU from 2009-2014. So they decided to do a case-control study.

"We wanted to see if there were factors we could identify clinically, so we could make recommendations about giving probiotics in the ICU," says Flett, now at Novant Health Eastover Pediatrics in North Carolina.

But no clear risk factors emerged.

"We know from prior studies that certain patients are at higher risk for infection from probiotics -- usually those with compromised immune systems, or problems with their intestinal tracts that would allow probiotics to get into the bloodstream," says Sandora. "But these patients did not have any of those risk factors. The only risk factor was being critically ill in the ICU."

That led to the study's next phase: a genomic investigation. Through the hospital's Translational Research in Infection Prevention in Pediatric Anesthesia and Critical Care Program, Gregory Priebe, MD, in the Department of Anesthesiology, Critical Care and Pain Medicine, and postdoctoral fellow Christina Merakou, PhD, collaborated with Patrick McGann, PhD, and others at the Walter Reed Army Institute of Research. Using whole-genome sequencing techniques, they demonstrated that the bacteria in the patients' blood were an almost perfect match with those in the probiotic capsules: a strain called Lactobacillus rhamnosus GG, or LGG.

"The high level of discrimination from whole-genome sequencing was needed, since many Lactobacillus species are normal colonizers of the GI tract," explains Priebe. "Other bacterial fingerprinting methods such as pulsed-field gel electrophoresis don't offer high enough discrimination to be sure two strains truly match."

"We used a research database on our MALDI-TOF mass spectrometer to match the species identification of the patient isolates to the organism in the probiotic capsules," explains Alexander McAdam, MD, PhD, who directs that lab.

The team then went a step further. With collaborators Roy Kishony, PhD, and Idan Yelin, PhD, at Technion-Israel Institute of Technology, they analyzed the bacterial DNA one base at a time, comparing multiple isolates of LGG from both infected blood and the probiotic capsules.

"No one had ever checked base by base," notes Merakou, who worked on the project for three years. "We wanted to see if there were any new changes in the bacteria that might make them more potent, or survive better in the blood. The technology allowed us to go deep and see what was going on."

"We could determine the ancestry of the bacteria and infer transmission from capsules to blood," adds Yelin, "and at the same time identify the footprints of evolutionary pressures acting upon these probiotics within the host."

The investigators found 11 positions in the bacterial genome that varied among the blood isolates. They also showed that some LGG bacteria in the probiotics, once established in the patient's GI tract, developed a new mutation that made them antibiotic-resistant.

"We found one mutation affecting the exact position where the antibiotic rifampin would bind to the bacteria," says Merakou. "Bacteria with the mutation become antibiotic-resistant." Testing in McAdam's lab showed that these bacteria were resistant to rifampin, but not to other antibiotics.

Some mutations were clearly coming from LGG in different batches of probiotics, but others were found only in isolates from patients' blood, suggesting they may have helped the bacteria enter or survive within the bloodstream.

"The history of these bacteria is written in the genome -- how they move into the blood, what selection pressures are acting on them, where they've been, where they're going," says Kishony. "It's like a detective process. Much of the power comes from crossing the genomic data with the patients' clinical data, such as the antibiotics they are receiving."

Based on these forensics, the team suspects that the bacteria entered the bloodstream from the GI tract, but it's also possible that they entered via the patients' central lines. Five of the six patients had central lines in place.

"Nurses have to open the capsules and administer the bacteria through a feeding tube," explains Priebe. "There was worry the bacteria could be contaminating the central line, and from there get into the bloodstream."

To avoid this possibility, Boston Children's has established new protocols requiring nurses to wear gloves before handling probiotic capsules and then change gloves before administering the probiotics. Clinicians now also cover the central line, if the patient has one, with a clean drape before opening the capsules, and clean the surfaces where the probiotic was prepared with a disinfectant. In 2016, the hospital decided to not allow the use of probiotics containing LGG in ICU patients if they have a central line.

Yelin, Flett, and Merakou were co-first authors on the paper. Sandora, Kishony, and Priebe were co-senior authors. This work was supported by the Richard A. and Susan F. Smith President's Innovation Award, the Translational Research for Infection Prevention in Pediatric Anesthesia and Critical Care (TRIPPACC) Program, the Department of Anesthesiology, Critical Care and Pain Medicine at Boston Children's Hospital, the National Institutes of Health (R01 GM081617), the Ernest and Bonnie Beutler Research Program of Excellence in Genomic Medicine, and the European Research Council (281891).

Be the first to comment on "Beware Probiotics in ICU Patients"