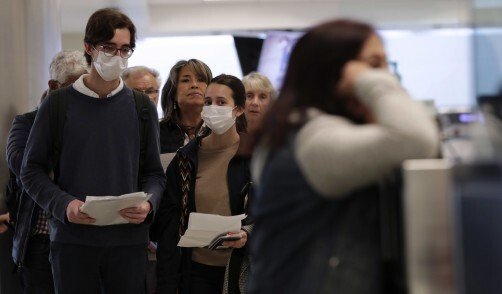 A Virginia Tech professor who specializes in statistical modeling and disease surveillance says the United States has to do a better job of testing for the novel coronavirus if the country is to be successful in mitigating the virus’ spread.

“We don’t know what we don’t know,” said Ron Fricker, a professor of statistics in the Virginia Tech College of Science. “COVID-19 is here but we don’t have a good estimate of how widespread it is in the general population. That’s a real challenge. You can’t contain a virus if you don’t know where it is. It’s like trying to drive your car using only the rearview mirror.”

Prior to his work at Virginia Tech, Fricker was senior statistician at the RAND Corporation and the associate director of the RAND National Security Research Division, a unit within the RAND Corporation responsible for conducting research and analysis on complex national defense policy and strategy problems.

Having reliable data about COVID-19 incidence in the general population is critical and a necessary part of slowing the rate of infections in a given area, he said.

“Key to combatting and containing the virus is understanding how it is affecting people, including its morbidity and mortality; how it is spreading between people; and tracking those who may be infected so that we can most effectively try to control the outbreak,” Fricker said. “All of those tasks, and more, depend on good data and the appropriate use of statistical methods.”

Fricker noted that several current outbreaks in the country — including in California, Washington state, and New York City — provide crucial data about the coronavirus’ apparent spread. But owing to the relatively small number of tests that have been performed across the U.S., there’s still much more to learn about how the pathogen is transmitted.

“This is a highly contagious, highly transmissible disease,” Fricker said. “It’s not just New York. It’s not just Washington state. It is in many more places across the U.S. and we just don’t know it.”

The fact that the novel coronavirus evidently started in China and initially spread elsewhere means the U.S. can learn from what's worked and what hasn’t in other countries, Fricker said. He cited South Korea and Germany as examples of countries which have used widespread testing very effectively to flatten the curve, a phrase now part of the modern zeitgeist which refers to attempts to have fewer people infected at one time, thereby preventing a surge that could inundate healthcare systems and potentially result in far more deaths.

“If we were to test more widely as South Korea has, we could make targeted actions much more accurately,” Fricker said. “We can understand the progress and estimate roughly what’s going to happen in the U.S. based on the world. What we can't do is accurately model at the regional or county level and create further projections.”

He added: “There’s little unique about the U.S. except for the fact we’re not testing as much as we should be.”

Like many experts who’ve spoken publicly or published early research, Fricker said he believes the virus has spread much further than current testing reveals.

“If you asked me right now what the prevalence of COVID-19 is in a given county, the answer is we don’t know,” he said.

Fricker said the models being developed by those in academia and government will inherently improve as time goes on and more variables can be quantified.

“If the goal is to understand how it spreads, you need to understand the science behind it,” he said, noting that early research into how the coronavirus is transmitted person-to-person, how long it remains on surfaces, and other details will all help bring projections into focus. “All those kinds of things we have some information on, and we can use them to at least create rough projections.”