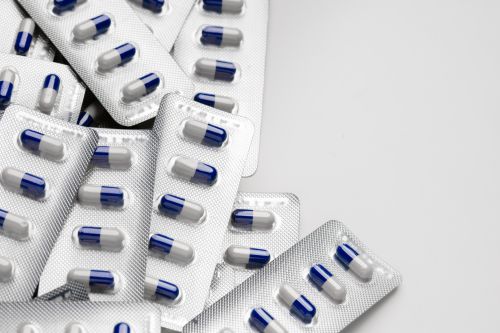 Doctors and patients are being advised to reduce unnecessary antibiotic use following new data suggesting that these medicines may increase the risk of cancer of the large intestine, especially in people under 50 years. The results, presented at the ESMO World Congress on Gastrointestinal Cancer raise fresh concerns about the impact of the estimated 65% increase in global antibiotic consumption reported between 2000 and 2015, despite not showing a direct cause and effect.

"To our knowledge, this is the first study to link antibiotic use with the growing risk of early onset colon cancer -- a disease which has been increasing at a rate of at least 3% per year over the last two decades. Junk food, sugary drinks, obesity and alcohol are likely to have played a part in that rise, but our data stress the importance of avoiding unnecessary antibiotics, especially in children and young adults," said Sarah Perrott, from the University of Aberdeen, Aberdeen, UK, presenting the data.

Using a large Scottish primary care database of up to 2 million people, the study looked at nearly 8000 people with bowel cancer (colon and rectum) matched with people without bowel cancer. It found antibiotic use was associated with an increased risk of colon cancer across all ages, but the risk was increased by almost 50% in the under-50s compared to 9% in the over-50s. In the younger age group, antibiotic use was linked to cancers in the first part of the colon (the right side). Quinolones and sulfonamides/trimethoprim, which are used to treat a wide range of infections, were associated with these right-side cancers.

Dr. Leslie Samuel, of Aberdeen Royal Infirmary, UK, senior author of the study, explained that the contents of the right side of the colon are more liquid and that the natural bacteria living there, called the microbiome, may be different from further along the colon.

"We now want to find out if there is a link between antibiotic use and changes in the microbiome which can make the colon more susceptible to cancer especially in younger people. It's a complex situation as we know that the microbiome can quickly revert to its previous state even when the bowel has been cleared out for a diagnostic procedure such as an endoscopy. We don't yet know if antibiotics can induce any effects on the microbiome that could directly or indirectly contribute to development of colon cancer," said Samuel.

Commenting on the new research, professor Alberto Sobrero, of Ospedale San Martino, Genoa, Italy, explained that, of the 2 million people diagnosed with colon cancer worldwide each year, younger people aged 20-40 with colon cancer generally have a worse prognosis than older people because they are often diagnosed later.

"Physicians are less likely to investigate a patient with abdominal discomfort for colon cancer if they are in their 30s than if they are in their 70s, and younger patients are not eligible for bowel cancer screening. As a result, their cancer is usually diagnosed at a later stage, when it is more difficult to treat," he said.

Like Perrott and Samuel, he believes that physicians should now think of bowel cancer in younger patients with abdominal symptoms, and he supports more research into the multiple possible causes of the rising incidence of colon cancer in this age group.

"It is too early to say if excessive use of antibiotics could be a causative factor, and we need to understand more about the possible role of the microbiome in bowel cancer before we consider the impact of antibiotics on the intestinal flora. However, the new research does remind us that antibiotics should not be given unless they are really needed, and we cannot exclude the possibility that unnecessary use of antibiotics may be exposing people to an increased risk of cancer," Sobrero said.