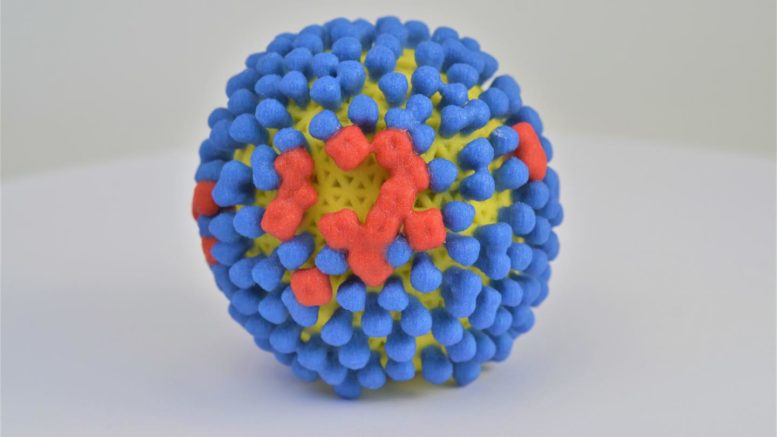 A newly identified set of three antibodies could lead to better treatments and vaccines against influenza, according to a paper published this week in Science. Researchers supported by the National Institute of Allergy and Infectious Diseases (NIAID), part of the National Institutes of Health, isolated the antibodies from a person sick with the flu five days after the onset of symptoms. They found that the antibodies, which bind to neuraminidase (NA) proteins on the surface of influenza viruses, provided broad protection against several different strains of influenza when tested both in vitro and in mice.

In the new study, the researchers took antibody-producing cells from the blood of a volunteer sick with H3N2 influenza and screened for monoclonal antibodies (mAbs). Monoclonal antibodies are antibodies which are designed to bind to a single target. The mAbs the researchers found were tested in the laboratory for their ability to bind to different kinds of influenza proteins. Of 45 mAbs tested, three bound to NA proteins of an H3N2 influenza virus strain. Upon further testing, these three mAbs also bound to NA proteins from multiple other types of influenza viruses.

If additional testing supports these early results, the researchers suggest that these potent mAbs could become the basis for a new antiviral treatment. Additionally, the antibodies could inform development of new influenza vaccines designed to induce similar antibodies that could provide broader and longer-lasting immunity than current HA-based influenza