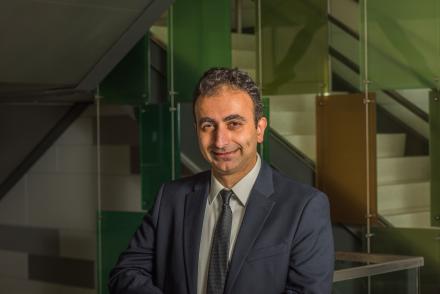 Michigan State University researchers have data that show how cellular RNA levels change following infection or vaccination. Their work could help make future flu vaccines work better or even aid in the design of a universal vaccine.

"Understanding these differences could help us identify new targets for building better vaccines as well as help us figure out better ways to treat the disease," said George Mias, assistant professor of biochemistry and molecular biology and chief of the Systems Biology Division at the Institute for Quantitative Health Science and Engineering at MSU.

Mias and his co-authors reanalyzed data from 18 previously published studies where scientists had taken blood samples from flu patients and vaccine recipients and studied those samples for gene expression. Gene expression can be measured by looking for the levels of RNA in cells. When a gene is expressed in a cell it means the DNA has been used to produce RNA for this gene. The gene expression in cells can change in response to stimuli, including disease.

"The motivation for combining the different datasets is that typically the smaller datasets will be underpowered statistically to detect significant differences," Mias said. "By combining multiple studies, we're increasing our power and ability to detect gene expression differences between the variables that we're interested in."

The investigators also found 907 genes related to age and 48 related to sex that affect disease/vaccine gene expression changes. Understanding these differences could help scientists in their quest to develop a universal vaccine.

"We especially need to find something that works across ages better," Mias said.

At present, the CDC recommends a high-dose vaccine for people over the age of 65 because their immune systems need more stimulation in order to create the necessary antibodies to protect them from flu viruses.

Mias and his co-authors hope their results will serve as a starting point for future studies by providing gene targets that could be further explored through animal models or human research using newer RNA-sequencing technology.

"We found things that are specific to the flu or to the vaccine, so we need to ask, 'What are the effects of those genes?'" Mias said. "For instance, if the vaccine is activating additional genes and pathways that the disease itself is not activating, we should be asking, 'Are they relevant and could they be linked to any side effects?' Those are questions that deserve to be answered."

The paper was published in the journal Frontiers in Immunology. Co-authors are Gustavo de los Campos, professor of epidemiology and biostatistics at MSU, and Lavida Rogers, former MSU graduate student.

Be the first to comment on "Building a Better Flu Shot"