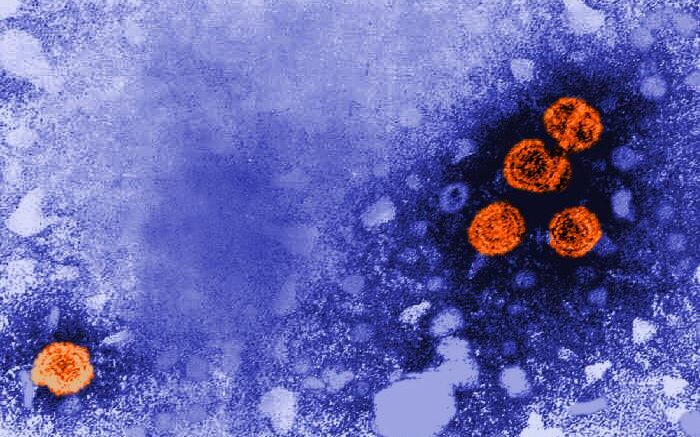 Researchers at the University of Delaware, using supercomputing resources and collaborating with scientists at Indiana University, have gained new understanding of the virus that causes hepatitis B and the “spiky ball” that encloses the virus’s genetic blueprint.

The research, which has been published online, ahead of print, by the American Chemical Association journal ACS Chemical Biology, provides insights into how the capsid — a protein shell that protects the blueprint and also drives the delivery of it to infect a host cell — assembles itself.

Computer simulations performed by the UD scientists investigated the effects of a mutation that impairs the assembly process. Together with collaborators, the researchers revealed that the region of the protein that contains the mutation, the spike, can communicate with the region of the protein that links with other subunits to assemble the capsid. They found evidence that a change in the shape of the capsid protein switches it into an "on" state for assembly.

Scientists believe that the capsid is an important target in developing drugs to treat hepatitis B, a life-threatening and incurable infection that afflicts more than 250 million people worldwide.

“The capsid looks like a spiky ball, with 120 protein dimers that assemble to form it; each dimer contains a spike,” said Jodi A. Hadden-Perilla, assistant professor in UD’s Department of Chemistry and Biochemistry and a co-author of the new paper. “The capsid is key to the virus infection cycle. If we could disrupt the assembly process, the virus wouldn’t be able to produce infectious copies of itself.”

The Indiana University researchers had been studying the dimers, which are two-part, T-shaped molecular structures, and investigating whether a mutation could activate or deactivate a switch to turn on the capsid’s assembly mechanism. They worked with Hadden-Perilla’s group, which ran computer simulations to explain how changes in the protein structure induced by the mutation affected the capsid’s ability to assemble.

“What we learned is that this mutation disrupts the structure of the spike at the top of the dimer,” Hadden-Perilla said. “This mutation slows down assembly, which actually involves a region of the protein that is far away from the spike. It’s clear that these two regions are connected. A change in the shape of the protein, particularly at the spike, may actually activate or deactivate assembly.”

Her team did its work using the National Science Foundation-supported Blue Waters supercomputer at the University of Illinois at Urbana-Champaign, the largest supercomputer on any university campus in the world, to perform what are known as all-atom molecular dynamics simulations.

Molecular dynamics simulations allow researchers to study the way molecules move in order to learn how they carry out their functions in nature. Computer simulations are the only method that can reveal the motion of molecular systems down to the atomic level and are sometimes referred to as the “computational microscope.”

The paper, titled “The integrity of the intradimer interface of the Hepatitis B Virus capsid protein dimer regulates capsid self-assembly,” can be viewed on the journal’s website.

For doctoral student Carolina Pérez Segura, a co-author of the paper, working with data from the supercomputer simulations was the kind of research experience that first brought her to the University of Delaware and then inspired her to stay.

She examined numerous simulations and vast amounts of data to investigate the effect of the mutation and “made some important discoveries,” Hadden-Perilla said. “We threw her into the deep end in my brand-new research group [last summer], and she did a great job.”

Pérez Segura came to UD as a participant in the University’s Latin American Summer Research Program. A graduate of the Universidad Nacional de Colombia (National University of Colombia), the program marked her first time leaving Colombia and, indeed, her first time traveling by plane. She planned to conduct research under Hadden-Perilla’s mentorship for a couple of months and then return home.

But, she said, the experience was so meaningful to her that she canceled her plane ticket home and stayed on to work as a visiting scholar with Hadden-Perilla while applying to UD’s doctoral program in chemistry. She was accepted and began her studies during spring semester.

It was her fascination with computational chemistry that brought her to Delaware, she said, and the work with supercomputers that made her decide to continue that research.

“While I was an undergraduate, I chose that branch of chemistry as the kind of career I wanted,” said Pérez Segura, who worked with a research group in the field, on a smaller scale, in Colombia. “When I was introduced to the idea that math and physics can help you understand biological processes, I knew that was what I wanted to do.

“I thought it was really amazing to be able to explain biological processes with numbers and computers. I wanted to learn more, and here, there’s so much more opportunity to learn it.”

Although the social and travel restrictions imposed by the coronavirus (COVID-19) pandemic have limited her ability to fully experience American life and culture, she said her experience at UD remains very positive. She’s eager to be able to go out more, practice her English and feel a part of American culture, but meanwhile, she’s busy with exciting research, she said.

She’s currently also working on research that Hadden-Perilla is conducting into the virus that causes COVID-19.

“It’s unusual for a student to be accepted into our graduate program ‘off-cycle,’ beginning in spring semester,” Hadden-Perilla said. “But Carolina is exceptional.”