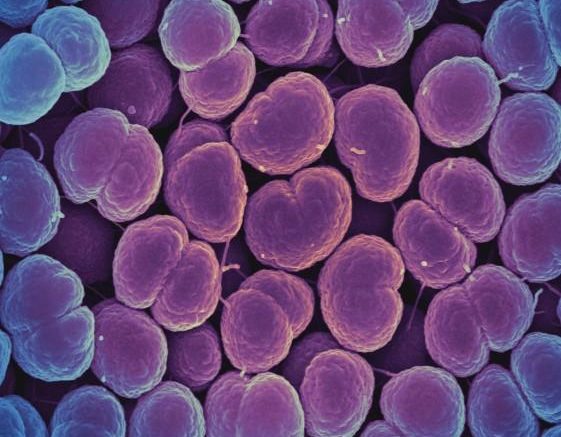 New data published by the CDC estimate that on any given day in 2018, 1 in 5 people in the U.S. had a sexually transmitted infection (STI). The analyses, published in the journal Sexually Transmitted Diseases, show the burden of diagnosed and undiagnosed STIs in the U.S. and the estimated medical costs associated with STIs.

It is estimated there were:
• Nearly 68 million STIs on any given day in 2018 (prevalent STIs).
• 26 million newly acquired STIs in 2018 (incident STIs).
o Nearly one in two incident STIs were acquired by people aged 15 to24 years old.
• Nearly $16 billion in direct lifetime medical costs resulting from STIs acquired in 2018.

“The burden of STIs is staggering,” said Jonathan Mermin, MD, MPH, director of CDC’s National Center for HIV/AIDS, Viral Hepatitis, STD, and TB Prevention. “At a time when STIs are at an all-time high, they have fallen out of the national conversation. Yet, STIs are a preventable and treatable national health threat with substantial personal and economic impact. There is an urgent need to reverse the trend of increasing STIs, especially in the wake of the COVID-19 pandemic, which has affected many STI prevention services.”

STIs can have serious health consequences. People with these infections do not always experience disease symptoms, but, if left untreated, some STIs can increase the risk of HIV infection, or can cause chronic pelvic pain, pelvic inflammatory disease, infertility, and/or severe pregnancy and newborn complications.

HIV and HPV infections acquired in 2018 were the costliest STIs in the new CDC analysis, as medical costs for these infections include lifetime treatment for people with HIV and treatment for HPV-related cancers. Other reportable STIs, including chlamydia, gonorrhea, and syphilis, have substantial medical costs as well.

The total cost of STIs far exceeds the medical cost burden estimated in this study, which did not include costs associated with lost productivity, other non-medical costs, and STI prevention.

“Proven STI prevention – at all levels – is a cornerstone of protecting America’s health, economic security, and wellness,” said Raul Romaguera, acting director for CDC’s Division of STD Prevention. “There are significant human and financial costs associated with these infections, and we know from other studies that cuts in STI prevention efforts result in higher costs down the road. Preventing STIs could save billions in medical costs, but more importantly, prevention would improve the health and lives of millions of people.”

COVID-19 has underscored the underlying effects of systemic health and social inequities that put racial and ethnic minority groups and other populations at increased risk of infection. Similarly, there is an ongoing disproportionate burden of STIs among certain racial and ethnic groups; among young people between 15 and 24 years old who accounted for nearly half of all new STIs in 2018; and among women, who account for a disproportionate burden of severe STI outcomes and medical costs.

CDC’s new estimates are critical to better understanding the scope of STIs in the U.S. However, the findings also highlight gaps in the scientific literature and the ongoing need for more data. This includes the need for population-based STI screening estimates to provide a better picture of diagnosed and undiagnosed STIs in groups disproportionately affected, including some racial/ethnic minority groups and people who are lesbian, gay, bisexual, transgender, or and queer/questioning LGBTQ.

At a time when the COVID-19 pandemic is exacerbating racial and ethnic health disparities, straining the public health infrastructure, and creating additional challenges to delivering healthcare services, new strategies for increasing access to quality sexual healthcare are critical. Strategies used to overcome barriers associated with the COVID-19 pandemic have the potential to help reverse increases in STIs. Examples include:
• STI express clinics that allow walk-in STI testing and treatment without a full clinical exam.
• Partnerships with pharmacies and retail health clinics, which can provide new access points for STI services, such as on-site testing and treatment.
• Telehealth/telemedicine, which can ensure access to healthcare providers, support self-testing or self-collection, and is especially critical in rural areas.

2 Comments on "CDC Estimates 1 in 5 People in the U.S. Have a Sexually Transmitted Infection"