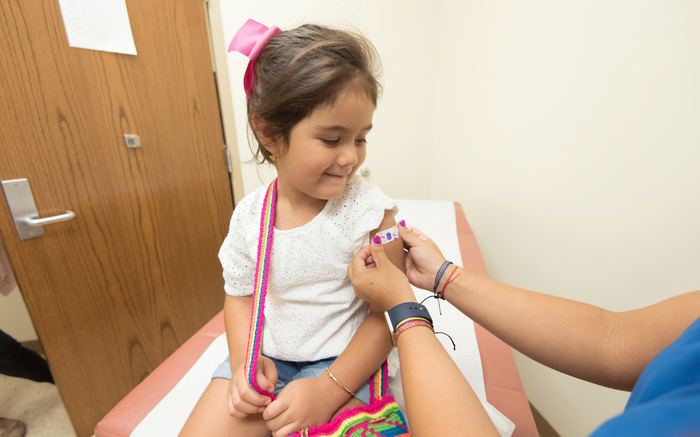 A cell-based influenza vaccine has effectively provided protection against the flu in children and adolescents, according to a new study.

The research found the cell-based quadrivalent influenza vaccine (QIVc) produced a sufficient immune response in children aged two to 18 years. The lead investigator on the study was professor Terry Nolan, head of the Vaccine and Immunization Research Group (VIRGo) at the Murdoch Children’s Research Institute (MCRI), and the Peter Doherty Institute for Infection and Immunity at the University of Melbourne.

The findings, published in The New England Journal of Medicine, were the first on the absolute efficacy of a cell-based influenza vaccine in children as young as 2 years of age.

The randomized controlled study involved 4,514 participants across Australia, Thailand, Estonia, Finland, Lithuania, Poland, Spain and the Philippines. The overall vaccine efficacy was 54.6 percent, meeting the pre-specified endpoint for success and showing benefit across three influenza seasons and all eight countries.

QIVc uses a cell-based flu vaccine production process, an alternative to traditional egg-based manufacturing where reference influenza viruses are grown in the yolk of fertilized hens eggs. But this can result in mutation of the influenza virus leading to an antigenic mismatch between the circulating reference and inactivated strains contained within the seasonal flu vaccine.

Nolan said cell-based vaccine technology may also offer additional advantages including increased scalability and production speed in the event of an influenza pandemic.

In a typical year, 5 percent to 15 percent of the world’s population contracts influenza and there are up to 650,000 respiratory-related deaths. Deaths most commonly occur in high-risk groups, including young children, the elderly and people with chronic health conditions.

The research was funded by UK-based Seqirus, which announced last year plans to build a cell-based manufacturing facility in Australia, which will be the first facility of its kind in the Southern Hemisphere.