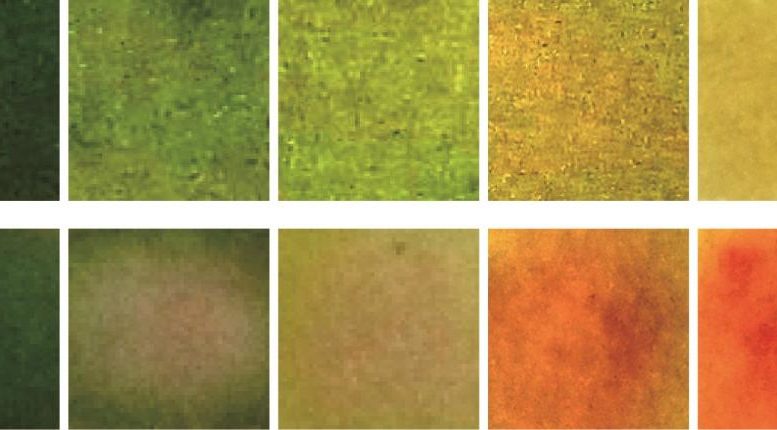 A bandage changed color from green to yellow, and from green to red, in the presence of increasing concentrations of drug-sensitive (DS) and drug-resistant (DR) E.coli, respectively. Adapted from ACS Central Science 2020, DOI: 10.1021/acscentsci.9b01104

According to the World Health Organization, antibiotic resistance is one of the biggest threats to global health. Sensing and treating bacterial infections earlier could help improve patients' recovery, as well curb the spread of antibiotic-resistant microbes. Now, researchers reporting in ACS Central Science have developed color-changing bandages that can sense drug-resistant and drug-sensitive bacteria in wounds and treat them accordingly.

Xiaogang Qu and colleagues developed a material that changes color from green to yellow when it contacts the acidic micro-environment of a bacterial infection. In response, the material, which is incorporated into a bandage, releases an antibiotic that kills drug-sensitive bacteria. If drug-resistant bacteria are present, the bandage turns red in color through the action of an enzyme produced by the resistant microbes. When this happens, the researchers can shine light on the bandage, causing the material to release reactive oxygen species that kill or weaken the bacteria, making them more susceptible to the antibiotic. The team showed that the bandage could speed the healing of wounds in mice that were infected with drug-sensitive or drug-resistant bacteria.

The authors acknowledge funding from the National Natural Science Foundation of China and the Key Research Program of Frontier Sciences of the Chinese Academy of Sciences.