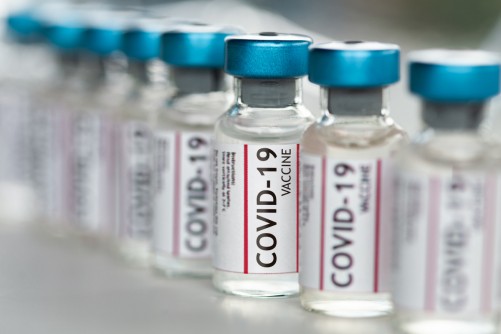 In a report summary released today Thomas McAndrew, a computational scientist and assistant professor at Lehigh University's College of Health includes probabilistic forecasts of the impact of vaccines and variants on the U.S. COVID trajectory over the next few weeks. The goal of the report, says McAndrew, is "to support public health officials, infectious disease modeling groups, and the general public."

The team will share with members of the Centers for Disease Control and Prevention (CDC), the Council of State and Territorial Epidemiologists, and members of MIDAS.

McAndrew's approach to forecasting is different from the traditional approach. Rather than build a computational model to predict cases, deaths, and hospitalizations due to COVID, he asks experts and trained forecasters to predict these targets and combines their predictions into a single consensus forecast.

In addition he and his team produce a metaforecast, which is a combination of an ensemble of computational models and their consensus forecast.

"The idea behind this approach is to combine computational models with human judgment to make more accurate predictions of the U.S. outbreak," says McAndrew.

1 Comment on "Computational Scientists Forecast the Impacts of Vaccines and Variants on the U.S. COVID Trajectory"