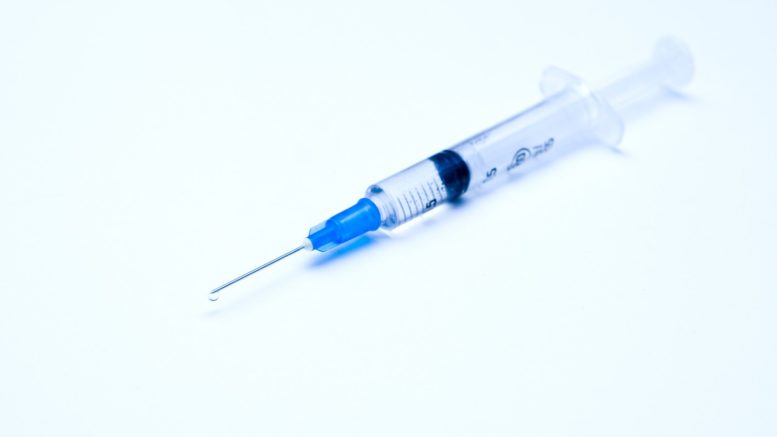 Researchers have developed a model that can estimate regional disease burden and the impact of vaccination, even in the absence of robust surveillance data, a study in eLife reveals.

The report, originally published on May 26, highlights areas that would have the greatest benefit from initiating a vaccination program against the virus, Japanese encephalitis (JE). This will in turn guide rational assessment of the cost and benefit of vaccinations, and support policymaker decisions on allocating vaccines.

JE is a viral infection of the brain transmitted by mosquitoes. It is endemic in Asia-Pacific countries, with three billion people at risk of infection according to the World Health Organization (WHO). Only a small number of infections are symptomatic (ranging from one in 25 to one in 1,000), but people with symptomatic infections have a high risk of death (around one in three of those infected). Those who survive are often left with considerable neurological and psychological symptoms.

There are a number of vaccines available for JE, but in 2013, WHO prequalification was given to a new JE vaccine that requires only a single dose, is cheap to produce and is safer than previous vaccines. This led to a great increase in vaccination in Asia. However, given the disease's widespread prevalence across several countries, it has not been possible to estimate the impact of these vaccinations on disease burden.

"Vaccination is the most effective method of prevention but it is difficult to decide where it should be implemented or to estimate the quantitative impact without good-quality surveillance data from before and after vaccination," says lead author Tran Minh Quan, who was a research assistant at the Oxford University Clinical Research Unit, Wellcome Trust Asia Program, Vietnam, at the time of the study, and is now a graduate student at the University of Notre Dame, Indiana, US. "We developed a new approach using a modelling method that overcomes some of the limitations of sparse and variable surveillance data."

The team took a two-step approach to their analysis. First, they reviewed the available data on cases of JE and grouped this data by age. By focusing on age, this took out other variables and allowed the team to analyse the data according to a simple rule: the higher the rate of infection, the earlier in life people will acquire the infection. Then, by using a model that calculates the rate of infection using the age-grouped data, they generated a value called Force of Infection (FOI). This gives an idea of the intensity of transmission within a particular region.

In the second step, they used this FOI value to generate the disease burden in a specific region. When they ran this analysis with and without data on vaccination programs, it provided an estimate on the impact of vaccination on the number of global JE cases to date.

From this analysis, the team estimated that between 2000 and 2015, there were nearly two million cases of JE worldwide (1,976,238). Without vaccination, this number would have been 2,284,012 meaning that more than 300,000 JE cases were prevented globally because of vaccination. China had the highest burden of the disease but also benefited from the greatest impact of vaccination. On the other hand, estimates for countries including India, Vietnam and Indonesia suggested that up until 2015 these countries had high transmission intensity and that vaccination could be scaled up or introduced in these areas.

"Poor clinical outcomes and lack of a specific treatment makes JE prevention a priority," says senior author Hannah Clapham, who was a mathematical epidemiologist at the Oxford University Clinical Research Unit, Wellcome Trust Asia Program, Vietnam, at the time the study was carried out, and is now Assistant Professor at NUS Saw Swee Hock School of Public Health, Singapore.

"We estimated that in 2015 there were still 100,000 cases of JE in Asia each year, meaning that two-thirds of all cases of this severe but vaccine-preventable disease were not being averted. Given there is a cheap vaccine now available, our results will help to identify the regions that would be best targeted for vaccination in future."

The paper. 'Estimates of the global burden of Japanese encephalitis and the impact of vaccination from 2000-2015' can be freely accessed online at https://doi.org/10.7554/eLife.51027

1 Comment on "Computer Modelling Predicts Where Vaccines are Needed Most"