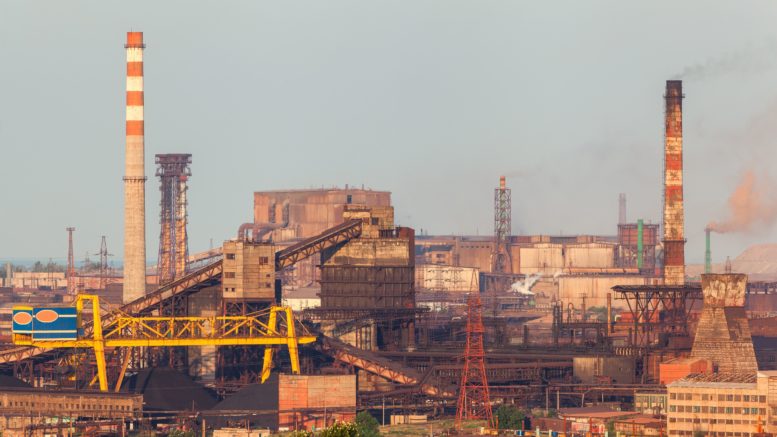 Elevated levels of nitrogen dioxide in the air may be associated with a high number of deaths from Covid-19. A new study by Martin Luther University Halle-Wittenberg (MLU) provides concrete data that back this assumption for the first time. The paper combines satellite data on air pollution and air currents with confirmed deaths related to Covid-19 and reveals that regions with permanently high levels of pollution have significantly more deaths than other regions. The results were published in the journal Science of the Total Environment.

Nitrogen dioxide is an air pollutant that damages the human respiratory tract. For many years it has been known to cause many types of respiratory and cardiovascular diseases in humans. "Since the novel coronavirus also affects the respiratory tract, it is reasonable to assume that there might be a correlation between air pollution and the number of deaths from Covid-19," says Dr Yaron Ogen from the Institute of Geosciences and Geography at MLU. Until now, however, there has been an absence of reliable data to further investigate this.

In his latest study, the geoscientist combined three sets of data. This included the levels of regional nitrogen dioxide pollution measured by the European Space Agency's (ESA) Sentinel 5P satellite, which continuously monitors air pollution on earth. Based on this data, he produced a global overview for regions with high and prolonged amounts of nitrogen dioxide pollution. "I looked at the values for January and February of this year, before the corona outbreaks in Europe began," explains Ogen. He combined this data with data from the US weather agency NOAA on vertical air flows. His premise: If air is in motion, the pollutants near the ground are also more disseminated. However, if the air tends to stay near the ground, this will also apply to the pollutants in the air, which are then more likely be inhaled by humans in greater amounts and thus lead to health problems. Using this data, the researcher was able to identify hotspots around the world with high levels of air pollution and simultaneously low levels of air movement.

He then compared these with the data on deaths related to Covid-19, specifically analysing the data from Italy, France, Spain and Germany. It turned out that the regions with a high number of deaths also had particularly high levels of nitrogen dioxide and a particularly low amount of vertical air exchange. "When we look at Northern Italy, the area around Madrid, and Hubei Provence in China, for example, they all have something in common: they are surrounded by mountains. This makes it even more likely that the air in these regions is stable and pollution levels are higher," Ogen continues. The advantage of his analysis is that it is based on individual regions and does not only compare countries. "Even though we can obtain a country's average value for air pollution, this figure could vary greatly from region to region and therefore not be a reliable indicator", says Ogen.

The geoscientist suspects that this persistent air pollution in the affected regions could have led to overall poorer health in the people living there, making them particularly susceptible to the virus. "However, my research on the topic is only an initial indication that there might be a correlation between the level of air pollution, air movement and the severity of the course of the corona outbreaks," says Ogen. This correlation should now be examined for other regions and put into a broader context.

Be the first to comment on "Coronavirus and Air Pollution: How Does Nitrogen Dioxide Impact Fatalities?"