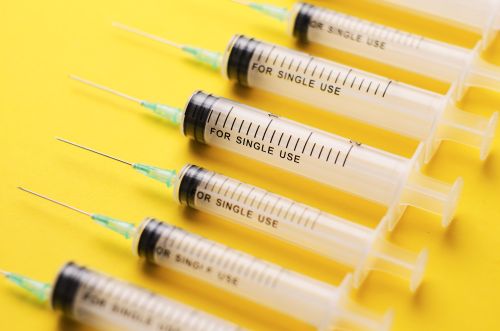 One of the main reasons for the hold-ups in the mass vaccination campaigns against COVID-19 are the precautions that must be taken regarding the handling of the vaccines and their administration. They must be transported under very specific conditions and the syringes used for their administration must be prepared at the same vaccination site. Healthcare workers must ensure they avoid any sudden movements of the vaccines so as not to affect the vector they use, messenger RNA molecules in the case of the Pfizer BioNTech and Moderna vaccines.

But research led by the Hospital del Mar Pharmacy Department and Neuropharmacology-Neurophar Research Group at Pompeu Fabra University (UPF), may lead to changes in these standard procedures. The study, which has just been published in the medical journal Clinical Microbiology and Infection, demonstrates that these reconstituted vaccines can be transported following just minor precautions. In fact, the study reveals that the messenger RNA remains stable for at least three hours, under movement conditions similar to those caused by road transport and at room temperature.

The study arose from the Hospital del Mar's experience distributing vaccines administered to healthcare professionals at the outset of the vaccination campaign, in January this year. The SubDirectorate-General for Health Services of the Generalitat, headed at the time by Dr. Carmen Cabezas, was asked for authorisation for the doses to be prepared in horizontal laminar flow chambers (a workspace set up to stop the entry of potentially contaminating microorganisms) in the Pharmacy Department, under the condition that the syringes were not transported outside of the centre's vaccination sites. The process was led by Dr. Santi Grau, director of the Hospital del Mar's Pharmaceutical Department, and Dr. Olivia Ferrández, head of the Pharmacy Department, both authors of the paper, who decided to carry out tests to see how the stability of these vaccines was affected after transportation. To do this, they collaborated with Dr. Rafael Maldonado, also an author of the study and coordinator of the Neuropharmacology-Neurophar Research Group at UPF, and Dr. Elena Martín-García, member of the same group, who analyzed the response of the vaccines to various tests.

To do this, vials were used that had been returned to the Hospital del Mar Pharmacy Department, which could not be administered as they had lost their microbiological traceability. According to current protocols, the messenger RNA vaccines, kept at a temperature of between 2 and 25ºC, cannot be used six hours after the first dosis has been withdrawn from the vial. In the study, the vaccines, prepared at the Pharmacy Department facilities, were divided into three groups. One was left, unmoved and at room temperature (21ºC), for three hours. A second group, also kept at room temperature for the same amount of time, was subjected to gentle movements, similar to the movement caused by road transport. And a third, under the same temperature and time conditions, was subjected to a strong intermittent shaking movement. The results of the tests were compared with a final group of recently thawed vaccines.

As Grau explains, the results showed that the main vector in both vaccines, the RNA messenger, showed practically no degradation under any of the conditions. According to Dr. Maldonado, the analysis of the data reveals that "the degradation of the RNA messenger was negligible, less than 1%, both for the fresh sample and the one subjected to movement. For the samples subjected to shaking, the degradation was higher, but still not excessive, around 5% for the two analyzed vaccines." He goes on to assert that, "during road transport and at room temperature (between 21 +/- 1ºC) for three hours, there is no kind of alteration in the stability of the messenger, which maintains the integrity of a freshly prepared sample. Therefore, under these conditions, by imitating road transport, there is no degradation of either the reconstituted Pfizer-BioNTech or Moderna vaccines."

The research may help to bring about a change in strategy in how the vaccines are handled, helping in their delivery throughout the population. As Dr. Santi Grau comments, "our data can help boost the mass vaccination campaigns in rural areas or countries with precarious transport networks and healthcare infrastructure, where doses could be prepared in a health center and transported by road to rural or remote areas, limiting the likelihood of errors being made during preparation at vaccination sites."