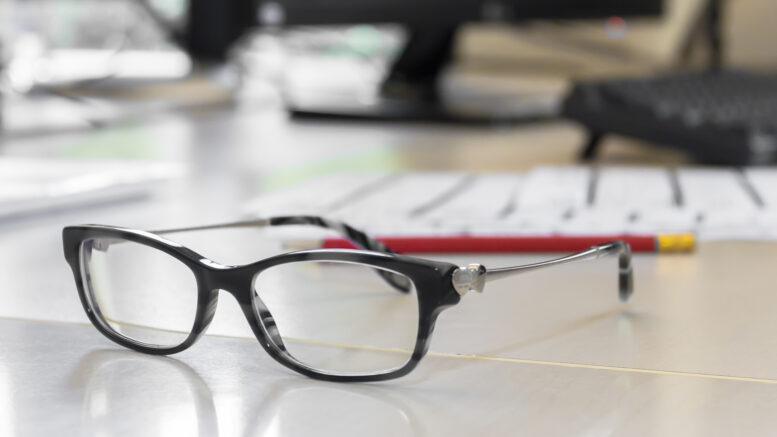 During the current pandemic, we've all been advised to protect ourselves from infection by the SARS-CoV-2 virus that causes COVID-19 by masking, physical distancing and frequent handwashing. In the Sept. 17 issue of JAMA Ophthalmology, a research team in China suggests that a fourth defensive measure also might be helpful: eye protection.

However, according to an infectious disease expert at Johns Hopkins Medicine, the team's findings don't yet mean everyone should don a pair of Clark Kent spectacles to enhance their "superpowers" during a coronavirus attack.

In their paper, published online Sept. 16, Weibiao Zeng, M.S., at the Second Affiliated Hospital of Nanchang University, and colleagues at three other Chinese medical institutions describe a retrospective study of 276 people in China's Hubei Province who tested positive for the SARS-CoV-2 virus at the beginning of the pandemic. The researchers found that the proportion of patients who wore eyeglasses more than eight hours per day was significantly lower than in the general population.

From these data, the researchers claim that wearing eyeglasses more than a third of the day may provide some protection against SARS-CoV-2 infection, and that eyeglasses may act as a partial barrier to help keep people from touching their eyes.

"The findings, although intriguing, should not be considered as conclusive proof that the general public should begin wearing face shields, goggles or other ocular personal protective equipment -- along with wearing masks and not touching their eyes -- to obtain any substantial protection from SARS-CoV-2 infection," says Lisa Maragakis, M.D., M.P.H., senior director of infection prevention at the Johns Hopkins Health System, associate professor of medicine at the Johns Hopkins University School of Medicine and author of a commentary on the study that appears in the same issue of JAMA Ophthalmology.

Maragakis says there are several reasons for her caution.

"The study looks at a time very early in the pandemic before universal masking and physical distancing became common prevention practices. There may be confounding variables or an alternate explanation for the apparent protective effect of eyeglasses, and the data on the general population -- against which the eyeglasses-wearing habits of the study patients are compared -- were collected years ago in a different region of China," she explains.

However, Maragakis says more studies -- using data from both people who previously had COVID-19 and from patients newly diagnosed with the disease -- would be valuable to confirm the study's findings and to better define any benefit for the general public by adding eye protection as a defensive practice.

Be the first to comment on "Do Eyeglasses Help Keep Coronavirus Out? Johns Hopkins Expert Says More Evidence Needed"