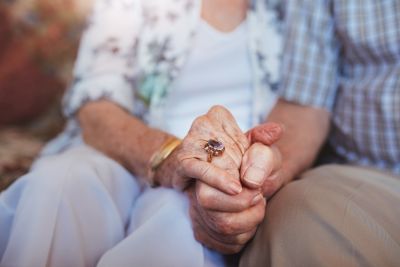 Shielding vulnerable people has been central to the response to COVID-19, but how well does it work? A Swansea University research project has received funding to examine the evidence, to see what lessons can be learned for the future.

Working with the NHS, the researchers, from the University's Medical School, will consider how shielding affected deaths, hospital and intensive care admissions, COVID-19 infections, immunity status, safety, NHS costs, quality-of-life and how people complied with instructions.

Shielding was introduced to protect those thought to be at highest risk of serious harm should they catch COVID-19, for example because of preconditions such as cancer or medications that they were taking.

The team will be examining the situation in Wales, but as shielding policy was similar across the UK, their findings will be of relevance in other countries too.

In Wales, records for people who were shielded have already been anonymously linked into other integrated data systems.

The team will be reporting soon on the first phase of the research, in which they will describe the shielded population, recorded COVID-19 infections and existing immunity data.

With further funding they will then move to a full evaluation of the data, examining NHS records, questionnaire responses and blood test results at 12 months after shielding. They will compare shielded people with similar people not selected for shielding, and they will focus on subgroups such as those with cancer, black and minority ethnic groups, and people living in deprived communities. They will also interview shielded people and NHS staff about their experiences.

The project, which is called EVITE Immunity, is led by professor Helen Snooks of Swansea University Medical School.

Snooks said, "At the moment, we do not know how well shielding works. That's what our study will aim to find out, using the anonymized data held here at Swansea in the SAIL databank. Has shielding reduced COVID-19 infections, serious illness, deaths? Has it had any effects on immunity or harms such as isolation, anxiety, depression or delayed care for serious health problems? Knowing the answers to these questions is essential if we are to learn lessons for the future."

The EVITE Immunity project has been commissioned by Birmingham University and involves collaborations with Cardiff University, Warwick University, Welsh Government and NHS Wales.

It has been funded through the National Core Studies Immunity Program.

1 Comment on "Does Shielding the Vulnerable From COVID-19 Work? New Study to Assess Evidence"