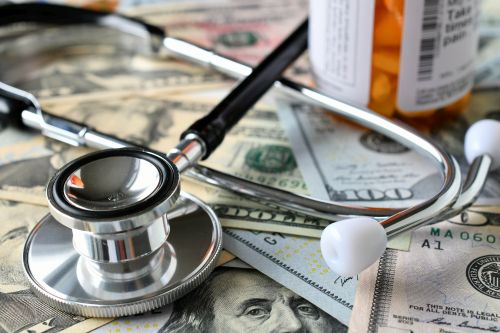 Infections caused by bacteria resistant to multiple antibiotics led to $1.9 billion in health care costs, more than 400,000 days in the hospital and more than 10,000 deaths among older adults across the U.S. in 2017, according to a new study published today in Clinical Infectious Diseases. The analysis underscores the urgent need for comprehensive federal action to reduce the burden of antimicrobial resistance, outlined in a set of policy recommendations from IDSA and The Pew Charitable Trusts that accompanies the new findings.

“This new study is a stark reminder of the incredible and costly burden of antibiotic-resistant infections on our patients and our nation’s healthcare system,” said IDSA president Daniel McQuillen, MD, FIDSA. “We must respond to this growing public health threat with strong federal investments in key areas to ensure that safe and effective antibiotics, upon which modern medicine relies, are available when patients need them.”

In the study, researchers from the Veterans Affairs Salt Lake City Health Care System and the University of Utah School of Medicine, with funding support from IDSA and Pew, estimated the burden of six multidrug-resistant infections among the U.S. Medicare population. As older adults typically spend more time in hospitals and long-term care settings than younger people, these individuals have a higher risk of exposure to drug-resistant bacteria. This is a growing concern as the nation’s population ages.

The aggregate cost of these resistant infections in one year, 2017, was an estimated $1.9 billion, with 11,852 deaths and 448,224 inpatient days, the study found. The estimates were based on a retrospective cohort analysis of patients 65 and older admitted to the Department of Veterans Affairs health care system between January 2007 and December 2018. The analysis included nearly 88,000 patients with positive cultures for multidrug-resistant bacteria and, as controls, approximately 835,000 patients who did not have infections. Based on their findings, the study authors concluded that efforts to prevent these infections in hospitalized patients could save a significant number of lives and healthcare resources.

“For the first time, we have data showing that antibiotic-resistant infections are disproportionately lethal in older Americans compared to their size of the population,” said David Hyun, MD, director of The Pew Charitable Trusts’ antibiotic resistance project. “At the same time, these infections impose a huge financial burden on Medicare. As our population ages, policymakers must act to protect seniors and ease the costs to Medicare of treating drug-resistant superbug infections.”

The greatest burden was associated with infections caused by methicillin-resistant Staphylococcus aureus or bacteria that produce extended-spectrum β-lactamase, an enzyme that breaks down commonly used antibiotics. Efforts at the federal level targeting these pathogens, in addition to a focus on carbapenem-resistant Enterobacterales, another type of bacteria that causes difficult-to-treat infections, are likely to have the greatest impact, IDSA and Pew note in policy recommendations that appear in a related article in the same journal.

Federal investments are needed in several key areas, including antibiotic stewardship, antibiotic innovation, surveillance, research, diagnostics, infection prevention, the infectious diseases workforce and global coordination, according to the policy recommendations. In particular, the bipartisan Pioneering Antimicrobial Subscriptions to End Upsurging Resistance (PASTEUR) Act, which would change the way the federal government pays for novel antibiotics to revitalize the pipeline and promote stewardship, is a critical piece of the solution. The article also calls on stakeholders across the fields of health care, public health and research to join together in advocating for solutions to address drug resistance and ensure that antibiotics remain effective.