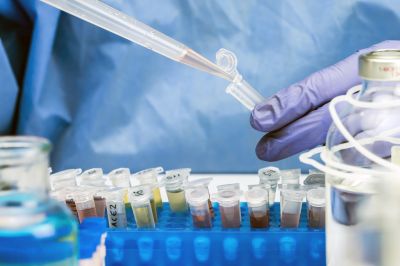 Math continues to be a powerful force against COVID-19. Its latest contribution is a sophisticated algorithm, using municipal wastewater systems, for determining key locations in the detection and tracing of COVID-19 back to its human source, which may be a newly infected person or a hot spot of infected people. Timing is key, say the researchers who created the algorithm, especially when COVID-19 is getting better at transmitting itself, thanks to emerging variants.

"Being quick is what we want because in the meantime, a newly-infected person can infect others," said Oded Berman, a professor of operations management and statistics at the University of Toronto's Rotman School of Management.

This latest research builds on previous work Berman did with co-investigators Richard Larson of the Massachusetts Institute of Technology and Mehdi Nourinejad of York University. The trio initially developed two algorithms for identifying choice locations in a sewer system for manual COVID-19 testing and subsequent tracing back to the source. Sewers are a rich environment for detecting presence of the disease upstream because genetic remnants of its virus are shed in the stool of infected people up to a week before they may even know they are sick.

The investigators' new research refines and optimizes that initial work by more accurately modelling a typical municipal sewer system's treelike network of one-way pipes and manholes, and by speeding up the detection/tracing process through automatic sensors installed in specific manholes, chosen according to an easier-to-use algorithm.

Under this scenario, a sensor sends out an alert any time COVID-19 is detected. Manual testing is then done at a few manholes further upstream, also chosen according to the algorithm, until the final source is located, be that a small group of homes or a "hotspot" neighborhood. Residents in that much smaller area can then be contacted for further testing and isolation as needed, limiting potential new outbreaks.

Applying this approach to a wastewater system with 2,000 manholes shows that only seven sensors would have to be installed along the network to detect and trace COVID-19 back to its origin within one day.

"The sensors allow us to manually sample a smaller number of manholes than in our earlier work and to detect the infection much sooner," said Berman.

Although such sensors are not yet available, such technology is under development. An accurate and rapid on-site test for COVID-19 and field testing for finetuning the system will also be needed.

The results hold promise not only for detecting COVID-19 but other viruses too, such as noroviruses which are highly infectious and cause vomiting and diarrhea. There is also potential for the work to be used in surveillance for crystal meth labs and illegal bomb production, because of the chemical by-products that end up in wastewater.

Berman typically works on problems of the future, such as the introduction of autonomous cars, making his wastewater research the first time that he has applied his expertise to an urgent global issue.

"It's exciting to work on something that is very much needed and might have the potential to help people soon," he said. "It's very different from what I've done before."

The study was recently published in PLOS ONE.