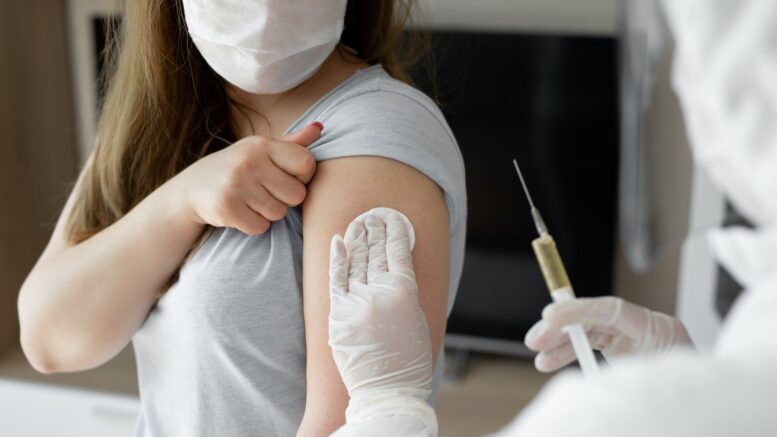 Scientists are pursuing a new strategy in the protracted fight against the SARS-CoV-2 virus by engineering nanobodies that can neutralize virus variants in two different ways.

In lab studies, researchers identified two groups of molecules that were effective against virus variants. Using different mechanisms, nanobodies in each group bypassed mutations and disabled the virus's ability to bind to the receptor that lets it enter host cells.

Though vaccination is enabling the resumption of some pre-pandemic activities in parts of the world, SARS-CoV-2 is rapidly working its way around vaccines by mutating itself. In this study, the nanobodies neutralized three emerging variants: Alpha, Beta and Gamma.

"Companies have already started introducing the variants of concern into the construct of booster shots of the existing vaccines," said Kai Xu, assistant professor of veterinary biosciences at Ohio State University and a co-lead author of the research. "But the virus is constantly mutating, and the speed of mutation may be faster than we can capture. Therefore, we need to utilize multiple mechanisms to control the virus spread."

An accelerated article preview of the study is published online in Nature.

Nanobodies are antibodies derived from immunization of camelid mammals - such as camels, llamas and alpacas - that can be re-designed into tiny molecules that mimic human antibody structures and functions.

For this work, the researchers immunized llamas to produce single-chain antibodies against SARS-CoV-2. They also immunized "nanomice," transgenic mice with a camelid gene that had been engineered by research fellow Jianliang Xu in the lab of Rafael Casellas, senior investigator at the National Institute of Arthritis and Musculoskeletal and Skin Diseases (NIAMS), to generate nanobodies similar to those produced by camelids.

The team enhanced the nanobodies' power by immunizing the animals first with the receptor binding domain (RBD), a part of the viral surface spike protein, and following with booster shots containing the entire spike protein.

"By using this sequential immunization strategy, we generated nanobodies that can capture the virion by recognizing the receptor binding domain with very high affinity," Xu said.

The scientists tested different nanobodies' neutralization capacity, mapping the surface of the RBD, conducting functional and structure analyses, and measuring the strength of their affinity to narrow the candidate molecules from a large library to six.

The coronavirus is highly infectious because it binds very tightly to the ACE2 receptor to gain access to lung and nasal cavity cells in humans, where it makes copies of itself to infect other cells. The receptor binding domain on the spike protein is fundamental to its success in attaching to ACE2.

"That RBD-ACE2 interface is on the top of the receptor binding domain - that region is the primary target for the protective human antibodies, generated by vaccination or previous infection, to block the viral entry," Xu said. "But it is also a region frequently mutated in the variants."

The way mutants have emerged so far suggests long-term reliance on current vaccines will eventually be compromised, the researchers say, because antibody effectiveness is affected significantly by those mutants at the interface.

"We found that certain nanobodies can recognize a conserved region of the receptor binding domain, a hidden location that is too narrow for human antibodies to reach," Xu said. And attaching at this location, even though it is some distance away from where RBD connects to ACE2, still accomplishes what is intended - blocking SARS-CoV-2 from entering a host cell.

The other group of nanobodies, attracted to the RBD-ACE2 interface, while in their original form could not neutralize certain variants. However, when the researchers engineered this group to be homotrimers - three copies linked in tandem - the nanobodies achieved potent neutralization of the virus. Altering the structure of the nanobodies that attached to the conserved region of RBD in the same way enhanced their effectiveness as well.

There is much more research ahead, but the findings suggest nanobodies could be promising tools to prevent COVID-19 mortality when vaccines are compromised, Xu said.

"Our future plan is to further isolate antibodies specifically against emerging variants for therapeutic development, and to find a better solution for vaccines by learning from those antibodies," he said.