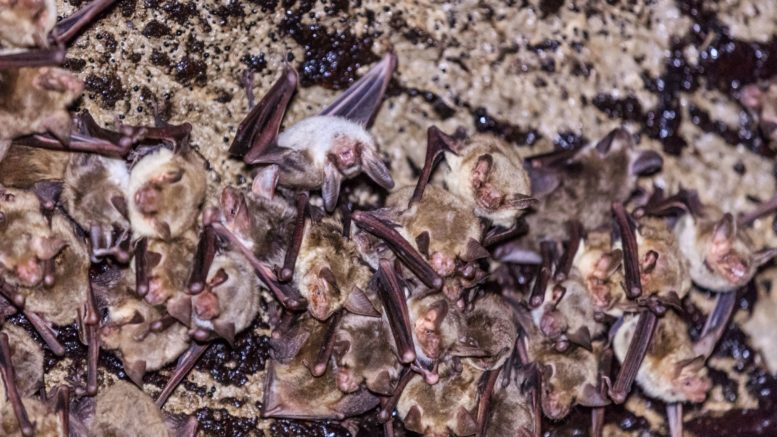 Infectious diseases spilling over from wildlife are not new - as of 2008, approximately 70 per cent of all known emerging diseases are thought to have originated from wild animals. In the last 50 years, several viruses, such as the Ebola, Marburg, Severe Acute Respiratory Syndrome (SARS), Hendra, swine flu, and Nipah have appeared in areas with close human-animal contact. Tropical areas where hunted wildlife often supplements the locals' meager diets - such as in Africa, South and Southeast Asia - are hotspots for pathogen spillovers. During such spillovers, viruses from hunted wild animals or 'bush meat' infect humans and can lead to large scale outbreaks.

In Nagaland, bat-hunting is practiced by the Bomrr, who are a clan of the Longpfurii Yimchungii sub-tribe. According to their narratives, the Bomrrs have held a bat-harvesting festival in mid-October every year for at least seven generations.

"During the harvesting, which usually lasts for two to three days, the Bomrr smoke out entire caves in which the bats roost, and the hunters are often scratched and bitten by bats trying to escape the smoky cave, exposing them to viruses shed by the bats," says Pilot Dovih, the study's lead author.

In this study, two species of bats as well as humans engaged in hunting these bats were found to have been exposed to viruses in the family Filoviridae, which includes Ebola and Marburg viruses. Although antibodies against two and three distinct filoviruses were found in the human and bat blood samples, respectively, no viral genetic material was detected in the samples. The pattern of reactivity of anti-filovirus antibodies carried by the humans were similar to those found in one bat species (Eonycteris spelaea), which makes these bats the most probable source of the viral spillover event.

"Biodiversity, high human density, and changes in land use due to human activities make India a hotspot for emerging infectious diseases. That said, how do we scientifically study how spillovers happen?" asks NCBS professor Uma Ramakrishnan, who is Dovih's mentor, and co-author of the study. "Our results show that spillover events do not always result in outbreaks," she adds.

"Bats are known to be natural reservoirs for several severe viral diseases, such as rabies, Marburg, and Nipah. However, these animals are an essential part of our ecosystem because they are major pest control, pollination, and seed dispersal agents," says Dr. Ian Mendenhall, principal research scientist from Duke-NUS' Emerging Infectious Diseases Programme, who is the senior author of the study.  Mendenhall, who has studied animal reservoirs of infectious disease for the past 20 years, further adds, "We want to make sure that our work does not result in demonization of bats and emphasizes protecting their natural habitats."

The team now plans to carry out additional investigations in another site in India where a similar harvesting event happens every year. Since such surveillance is expensive and time-consuming, the researchers are trying to develop more effective field and laboratory techniques for quick detection of viral spillovers. In addition, viral sequence data are also being investigated to understand the evolutionary history of these viruses, and their potential to cause outbreaks.

The team has also expanded their sampling range to better determine the geographic distribution of the bats and their viruses. By discovering and characterising filoviruses across Southeast and South Asia, they hope to better understand why we have not (yet) witnessed a major bat-borne filovirus outbreak in this region.