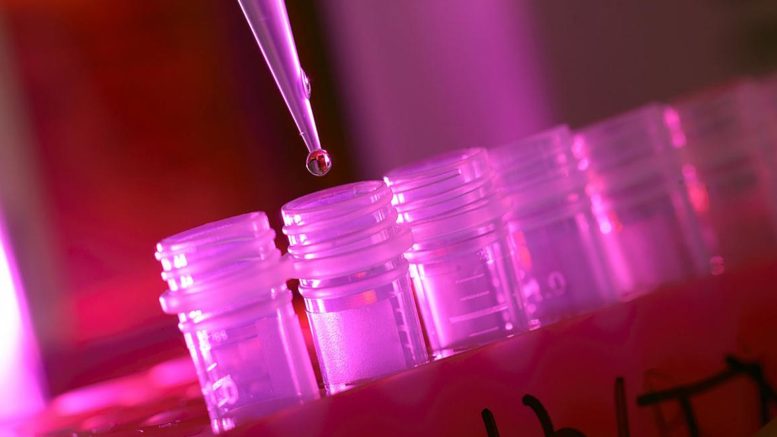 The National Institute of Allergy and Infectious Diseases (NIAID), part of the National Institutes of Health, has stopped administration of vaccinations in its HVTN 702 clinical trial of an investigational HIV vaccine. This action was taken because an independent data and safety monitoring board (DSMB) found during an interim review that the regimen did not prevent HIV. Importantly, the DSMB did not express any concern regarding participant safety.

The Phase 2b/3 study, named HVTN 702 or Uhambo, began in 2016 and is taking place in South Africa. It was testing an investigational prime-boost vaccine regimen based on the only vaccine regimen ever to show protection from HIV—the regimen tested in the RV144 clinical trial in Thailand led by the U.S. Military HIV Research Program and the Thai Ministry of Health. For HVTN 702, the vaccine regimen was adapted to the HIV subtype Clade C most common in southern Africa, where the pandemic is most pervasive.

“An HIV vaccine is essential to end the global pandemic, and we hoped this vaccine candidate would work. Regrettably, it does not,” said NIAID director Anthony S. Fauci, MD. “Research continues on other approaches to a safe and effective HIV vaccine, which I still believe can be achieved.”

The HVTN 702 study enrolled 5,407 HIV-negative volunteers at 14 sites across South Africa. The study population consisted of sexually active men and women aged 18 to 35 years. The study volunteers were randomly assigned to receive either the investigational vaccine regimen or placebo injections. Study participants received six injections over 18 months. As with all NIAID-sponsored HIV prevention trials, the safety of HVTN 702 study participants was closely monitored throughout the trial, and participants were offered the local standard of care for preventing HIV, including access to oral pre-exposure prophylaxis (PrEP).

In the Jan. 23, 2020 interim analysis, the DSMB examined data from 2,694 volunteers who received the investigational vaccine regimen and 2,689 volunteers who received the placebo injection. The analysis looked at how many participants were diagnosed with HIV after at least 60% of the participants had been in the study for more than 18 months — enough time for the vaccine regimen to stimulate an immune response. In this analysis, 129 HIV infections occurred among the vaccine recipients, and 123 HIV infections occurred among the placebo recipients.

Based on these findings, the DSMB concluded that the investigational vaccines had not shown any efficacy. The DSMB recommended that no further vaccinations be administered and that participants remain in the study for follow-up. The report noted there was no significant evidence of either decreased or increased infection rates with vaccination.

NIAID, the trial sponsor, concurred with the DSMB’s recommendation, and stopped the vaccinations. Participants are being informed, and study investigators will continue following study participants over time.

“The people of South Africa have made history by answering this important scientific question. Sadly, we wish the answer was different,” said HVTN 702 Protocol chair Glenda Gray, M.B.B.C.H., F.C.Paed. (SA). “We will continue to explore promising avenues for preventing HIV with other vaccines and tools, both in South Africa and around the world.” Gray is president and chief executive officer of the South African Medical Research Council; research professor of pediatrics at the University of the Witwatersrand, Johannesburg; and a founding director of the Perinatal HIV Research Unit at Chris Hani Baragwanath Hospital in Soweto, South Africa.

NIH is investing in multiple approaches to prevent HIV with the goal of delivering new options that are safe, effective, desirable to diverse populations, and scalable worldwide to help end the global pandemic. These efforts include two other late-stage, multinational vaccine trials, Imbokodo and Mosaico, both testing a novel mosaic vaccine regimen and being sponsored by Janssen Vaccines & Prevention, B.V., part of the Janssen Pharmaceutical Companies of Johnson & Johnson. The vaccine concept being tested in these trials is different than the one under investigation in HVTN 702.

In addition, the proof-of-concept AMP trials are testing an intravenously delivered investigational antibody for preventing HIV. Other cutting-edge studies, including the AMP trials, are investigating if broadly neutralizing antibodies (bNAbs) can protect against HIV. Two other large-scale trials are testing an investigational long-acting injectable antiretroviral drug, cabotegravir, for HIV prevention. Additional novel, long-acting HIV prevention products are also under study, including implants, vaginal rings, combinations of bNAbs, and multi-purpose products that offer contraception along with HIV prevention.

The HVTN 702 vaccine regimen consisted of two experimental vaccines: a canarypox vector-based vaccine called ALVAC-HIV and a two-component gp120 protein subunit vaccine with an adjuvant to enhance the body’s immune response to the vaccine. Both ALVAC-HIV (supplied by Sanofi Pasteur) and the protein vaccine (supplied by GSK) were modified from the versions used in RV144 to be specific to HIV subtype C. Additionally, the protein subunit vaccine in HVTN 702 was combined with MF59, a different adjuvant than the one used in RV144, in the hope of generating a more robust and durable immune response.Finally, the HVTN 702 vaccine regimen included booster shots at the one-year and 18-month timepoints in an effort to prolong the early protective effect observed in RV144. HVTN 100, a predecessor clinical trial using the HVTN 702 regimen, found that the new vaccine regimen was safe and induced high and boostable titers of antibodies to several HIV strains prevalent in southern Africa.

South Africa has one of the highest HIV rates in the world. According to UNAIDS, more than 20% of the adult population ages 15-49 in South Africa are living with HIV, and 240,000 people acquired HIV in 2018. Young people, like the volunteers who enrolled in the HVTN 702 study — and particularly young women—are at the highest risk for HIV.

HVTN 702 is part of a larger HIV vaccine research endeavor led by the Pox-Protein Public-Private Partnership, or P5 — a diverse group of public and private organizations working to build on the RV144 trial. P5 members include NIAID, the Bill & Melinda Gates Foundation, and the South African Medical Research Council, which funded HVTN 702; the HIV Vaccine Trials Network (HVTN), headquartered at the Fred Hutchinson Cancer Research Center in Seattle, which conducted HVTN 702; Sanofi Pasteur and GSK, which provided study materials; and the U.S. Military HIV Research Program.

“We appreciate the trust and effort from our participants, and the tremendous effort expended by our staff at all of our South African sites,” said Larry Corey, M.D., Principal Investigator of the HVTN.

“We commend all the sites, the South African communities and each participant for their tireless commitment to finding solutions to the HIV epidemic,” added HVTN 702 Protocol co-chair Linda-Gail Bekker, MD, PhD, deputy director of the Desmond Tutu HIV Centre at the University of Cape Town and chief operating officer of the Desmond Tutu HIV Foundation in Cape Town, South Africa.

The DSMB commended the HVTN team on their effort in conducting the trial, and their high regard for the participants in the trial. The study team expresses its gratitude to the participants and partners whose leadership were integral to this study and the pursuit of an HIV vaccine.