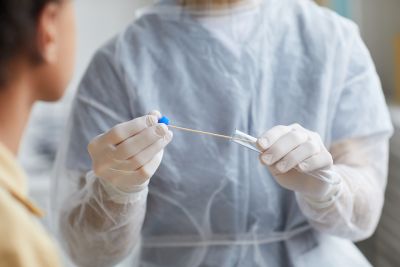 With the COVID-19 pandemic entering its second year, the challenges faced both by individuals and nations remain substantial. While notable medical advancements in the treatment of COVID-19 have been made, a host of questions about how to live with it and how to work to end it remain active.

Carnegie Mellon University researchers David Rode and Paul Fischbeck explore these questions in a new article, "On ambiguity reduction and the role of decision analysis during the pandemic," published in a special issue of the journal Risk Analysis dealing with the COVID-19 pandemic. One of Carnegie Mellon's traditional strengths is its multidisciplinary approach to decision making and Rode and Fischbeck suggest that the decision sciences collectively should have a major role to play in dealing with the virus.

The sciences and medicine are not the only fields struggling with the pandemic.

"In a very real sense, all of us, as individuals, face significant decisions about how to organize our lives right now," said Rode, adjunct research faculty with the Carnegie Mellon Electricity Industry Center. "These decisions range from simple questions, such as the safety of grocery shopping in person or air travel to the complex, such as government policies dealing with mandatory quarantines and compulsory vaccination."

In their article, Rode and Fischbeck note that many of the key decisions facing individuals, corporations and governments all depend on two basic values: the probability a person has the virus and the probability that person transmits the virus.

"The problem is that when we wrote the article neither of those values was known with any degree of certainty," said Fischbeck, professor of Social and Decision Sciences and Engineering and Public Policy. "Without those probabilities, there is ambiguity, which is a difficult environment in which to work for most decision makers."

"In order to reduce this ambiguity," noted Rode, "it's important to collect the right data."

This means collecting data on randomized samples of the population--not just people with symptoms. According to Rode and Fischbeck, this should have been done from the start.

The problem, according to Rode and Fischbeck, was that such testing provided no useful information to guide decision making, and rarely impacted clinical decision making, since patients displaying symptoms were treated without regard to their test results.

"While useful, of course, for those individuals to know their status, this limited, non-randomized testing produced almost no value to policymakers trying to develop responses to the pandemic," said Rode. "How do you advise people to engage, or not engage, in certain activities if you can't determine how risky those activities are?"

"Even today, although we have a great deal more information about infections, we face the same ambiguities regarding wearing masks and vaccination," said Fischbeck. "The experts initially said people shouldn't wear masks; then masks only prevented infected people from spreading the virus but did not protect the wearer from catching it; then masks were effective in doing both; and then two weeks ago wearing two or three masks was 'common sense' and today, there are as of yet no benefits seen in wearing two masks. This ambiguity endures because we don't have the right data."

One of the key missing pieces of information has been the number of "hidden" cases, or undiagnosed individuals who have the virus, but do not display symptoms. These people are still capable of transmitting the virus, but because they are asymptomatic, they may take fewer precautions.

"We had only very rough ideas of the size of this population, because there was virtually no testing of asymptomatic people early on," said Rode. "This is the sort of information that large-scale randomized testing would reveal."

The article notes that, without this information, many mitigating strategies put in place are essentially "security theater"-- actions that make people feel safer without having an appreciable impact on actual risk. Or actions that incur costs in return for unknown benefits. How large a problem are asymptomatic vaccinated people?

In addition to the challenges created by an absence of data, Rode and Fischbeck raise potential problems that could arise from the presence of data. In the article, they write "disclosure informs, but it also divides."

"We mean that the availability of detailed demographic information on population infection rates must be treated with extreme caution," said Fischbeck.

"If 'certificates of immunity' or 'vaccine passports' are put in place, are groups with historically limited access to health care effectively barred from large aspects of public life? Should this form of COVID 'redlining' or 'profiling' be illegal, even if it is useful in limiting the spread of the virus?" said Rode. "There are important policy and ethical questions that must be part of the discussion, even if having the information would make society as a whole better off."

These questions, Rode and Fischbeck argue, create a clear need for the decision sciences to have a seat at the policy table.

The authors conclude that COVID-19 -- and future viruses like it -- are public health crises and solid, objective data are necessary to confront them. Reducing the ambiguity surrounding base rates and transmission rates is of considerable value to creating public health policy when testing is properly directed. But selective or misinterpreted data can also be a "virus." Released unintentionally or maliciously across social media, this "information virus" could cause societal harm to linger long after the physical harm is resolved. Careful application of the decision analyst's tools is essential to traverse this uncharted territory.