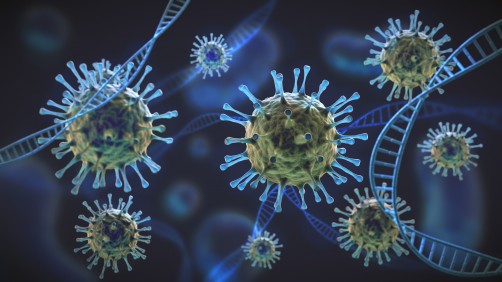 Although the development and increasingly widespread availability of effective and safe vaccines provides the greatest hope for the future recovery from the increasingly devastating COVID-19 pandemic, genomic surveillance is emerging as a vital necessity to achieve effective mitigation and containment. The United States leads the world with reported COVID-19 cases, but it ranks 43rd globally in surveillance and genomic sequencing of viral variants.

Researchers from Florida Atlantic University’s Schmidt College of Medicine and collaborators have published a commentary about genomic surveillance to combat COVID-19 in the journal Lancet Microbe, which has one of the highest impact factors in the world. Epidemiological surveillance of communicable diseases, or watchfulness over the distribution and trends of incidence through the systematic collection, consolidation, and dissemination of data, has been the gold standard for disease control for more than a century. In regards to COVID-19, the researchers say that genomic surveillance is equally crucial to detect variants that are phenotypically or antigenically different well before they spread throughout the U.S. and the rest of the world.

“Genomic surveillance leverages applications of next-generation sequencing and phylogenetic methods to facilitate greater early anticipation as well as initiation of effective strategies to mitigate and contain outbreaks of SARS-CoV-2 variants and other novel viruses,” said Janet D. Robishaw, PhD, first author, senior associate dean for research and chair of the Department of Biomedical Science in the Schmidt College of Medicine. “Genomic sequencing has been useful in identifying mutations, including mutations that are associated with reduced vaccine efficacy or increased virus transmissibility. Additional variants that have shared mutations are probably similar regarding their response to treatment, and further demonstrate the need for genomic surveillance.”

In the commentary, the authors explain that similar to other RNA viruses, which include influenza, SARS-CoV-2 continually accumulates polymorphisms in its genome. As the viral genome acquires these nucleotide changes, researchers can combine innovative genomic analytics with more traditional epidemiological tools to permit early phenotypic and immunological characterization of new variants of concern.

“In addition to leveraging these changes to identify different lineages of virus that might be spreading in a population, the availability of sequence information allows researchers to identify variants that might alter the detection, infectivity, or severity of the disease,” said Robishaw. “Particular interest has been focused on changes in the spike protein responsible for host cell binding and entry that could result in false negatives in existing diagnostic tests. In addition, such variation could affect transmission rates, health outcomes, therapeutic responses and vaccine effectiveness.”

The researchers point out that along with genomic detection, there is a similar need for worldwide initiatives to track the evolution of viral infections by building global capacity, providing scientific and technical expertise, and supporting underdeveloped countries and vulnerable populations. They state that increasing the capacity for surveillance and genomic sequencing at the global level will contribute to a more effective response against the current pandemic by capturing undetected novel variants not only in the spike region affecting viral entry, but also other portions of the viral genome influencing viral replication, proofreading, and transcription.

“Increased international collaborative efforts in epidemiology and genomics in high-income countries offer promise as well for low-income countries where mitigation and containment efforts can be deployed,” said Scott M. Alter, MD, MBA, corresponding author and an associate professor of emergency medicine in the Schmidt College of Medicine.