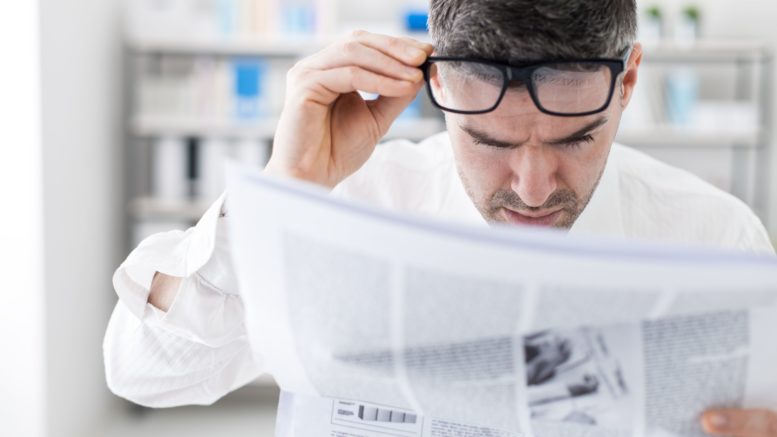 The rise of fake news could be making disease outbreaks worse, according to new research from the University of East Anglia (UEA).

Researchers focused on influenza, monkeypox and norovirus across two studies but they say their findings could also be useful for dealing with the COVID-19 Coronavirus outbreak.

The team says that efforts to stop people sharing fake news, misinformation and harmful advice on social media could save lives.

The worry that fake news might be used to distort political processes or manipulate financial markets is well established. But less studied is the possibility that misinformation spread could harm human health, especially during the outbreak of an infectious disease.

COVID-19 expert professor Paul Hunter and Dr. Julii Brainard, both from UEA's Norwich Medical School, set out to test the effect of sharing dangerously wrong information on human health during a disease outbreak.

Hunter said, "Fake news is manufactured with no respect for accuracy, and is often based on conspiracy theories. Worryingly, research has shown that nearly 40 per cent of the British public believe at least one conspiracy theory, and even more in the U.S. and other countries. When it comes to COVID-19, there has been a lot of speculation, misinformation and fake news circulating on the internet - about how the virus originated, what causes it and how it is spread. Misinformation means that bad advice can circulate very quickly -- and it can change human behavior to take greater risks. We have already seen how the rise of the anti-vax movement has created a surge in measles cases around the world. People in West Africa affected by the Ebola outbreak were more likely to practice unsafe burial practices if they believed misinformation. And here in the UK, 14 per cent of parents have reported sending their child to school with symptoms of contagious chickenpox - violating school policies and official quarantine advice."

He adds, "Examples of risky behaviour during infectious disease outbreaks include not washing hands, sharing food with ill people, not disinfecting potentially contaminated surfaces, and failing to self-isolate. Worryingly, people are more likely to share bad advice on social media, than good advice from trusted sources such as the NHS, Public Health England or the World Health Organization."

The researchers created theoretical simulations which took into account studies of real behavior, how different diseases are spread, incubation periods and recovery times, and the speed and frequency of social media posting and real-life information sharing.

They also took into account how a distrust in conventional authorities is closely linked to the tendency to believe in conspiracy theories, the phenomena that people interact within 'information bubbles' online, and the fact that people are more likely to share false stories than correct information online.

Brainard said, "No previous studies have looked in such detail at how the spread of misinformation affects the spread of disease. We found that misinformation during epidemics of infectious disease could make those outbreaks more severe. We tested strategies to reduce misinformation. In our first study, focusing on the flu, monkeypox and norovirus, we found that reducing the amount of harmful advice being circulated by just 10 percent -- from 50 percent to 40 percent -- mitigated the influence of bad advice on the outcomes of a disease outbreak. Making 20 percent of the population unable to share or believe harmful advice - or 'immunizing' them against fake news, had the same positive effect.

She adds, "Our second study, which focused on norovirus, showed that even if 90 per cent of the advice is good, some disease will still circulate. In our second study, we were also interested in the 'herd immunity' levels required to 'immunize' people against fake news. The modeling suggests that any 'immunity' against bad advice reduces outbreak impacts. But while we used very sophisticated simulation models, it is important to remember that this is not an observational study based on real behavior. The efficacy of implementing such strategies to fight fake news needs to be tested in real world settings, with costs and benefits ideally compared with real world disease reduction."

The research was funded in part by the National Institute for Health Research (NIHR) Health Protection Research Units in Emergency Preparedness and Response and Gastrointestinal Infections in partnership with Public Health England.

'Misinformation making a disease outbreak worse: outcomes compared for influenza, monkeypox and norovirus' is published in the journal Simulation: Transactions of the Society for Modelling and Simulation International.

'An agent-based model about the effects of fake news on a norovirus outbreak' is published in the journal Revue-Depidemiologie-Et-De-Sante-Publique on Friday, February 14, 2020.