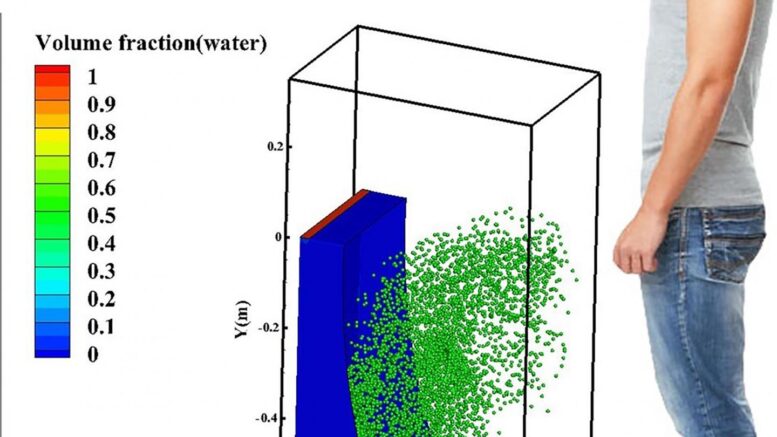 A group of researchers from Yangzhou University in China recently reported that flushing public restroom toilets can release clouds of virus-laden aerosols for you to potentially inhale.

If that's not cringeworthy enough, after running additional computer simulations, they've concluded that flushing urinals does likewise. In Physics of Fluids, the group shares its work simulating and tracking virus-laden particle movements when urinals are flushed.

The researchers' work clearly shows public restrooms can be dangerous places for potentially becoming infected from a virus, especially during the COVID-19 pandemic. Other work has shown that both feces- and urine-based virus transmission is possible.

"To do this, we used a method of computational fluid dynamics to model the particle movement that occurs with the act of flushing," said Xiangdong Liu. "The specific models are the volume of fluids model and discrete phase model."

Flushing a urinal, much like flushing a toilet, involves an interaction between gas and liquid interfaces. The result of the flushing causes a large spread of aerosol particles to be released from the urinal, which the researchers simulated and tracked.

What the simulations revealed is disturbing. The trajectory of the tiny particles ejected by flushing a urinal "manifests an external spread type, with more than 57% of the particles traveling away from the urinal," said Liu.

But that's not all. When men use urinals within a public restroom, these tiny particles can reach their thigh within 5.5 seconds when compared to the toilet flush, which takes 35 seconds to reach slightly higher. Particles from urinals, however, "show a more violent climbing tendency," Liu said. "The climbing speed is much faster than toilet flushing."

Urinals are used more frequently within densely populated areas, and the researchers point out that particles will travel faster and farther, which poses a serious public health challenge.

This work underscores how important it is to wear a mask within public places but especially restrooms.

"From our work, it can be inferred that urinal flushing indeed promotes the spread of bacteria and viruses," says Liu. "Wearing a mask should be mandatory within public restrooms during the pandemic, and anti-diffusion improvements are urgently needed to prevent the spread of COVID-19." 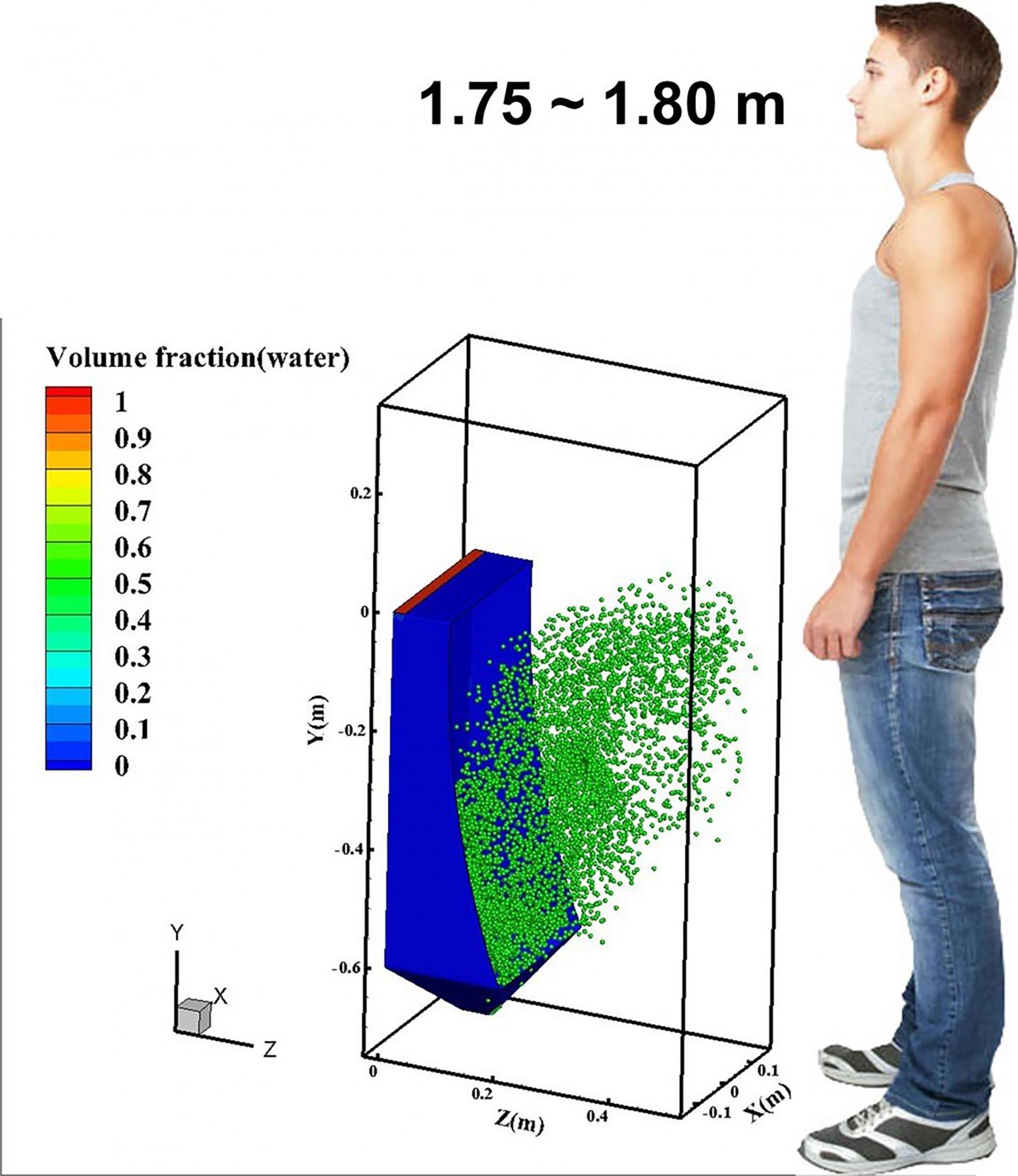