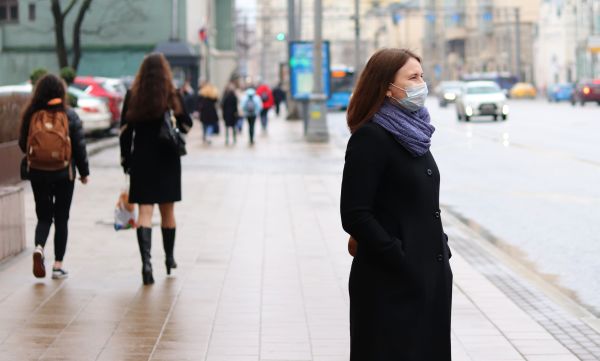 SARS-CoV-2 arrived in Washington State somewhere between late January and early February 2020, sparking rapid community transmission of the virus that went undetected for several weeks before this community spread became evident, prompting a change in testing criteria to emphasize individuals with no travel history. That's the scenario proposed by Trevor Bedford and colleagues after their analysis of the genetic sequences of 455 SARS-CoV-2 viruses from the Washington State outbreak collected between January 19 and March 15, 2020.

Their results highlight the critical need for widespread surveillance for community transmission of SARS-CoV-2, even after the pandemic is brought under control, say the authors. They note that several factors could have contributed to the delayed detection of presumptive community spread in Washington, including limited testing among non-travelers. Their analysis of 455 SARS-CoV-2 viruses from Washington State reveals that 84% of the genomes studied fall into a closely related group that the researchers call the Washington State outbreak clade, and they are derived from a variant of the virus from China. This pattern suggests that most of the early SARS-CoV-2 cases in the state came from a single introduction of the virus, probably between January 22 and February 10, Bedford et al. conclude.

The first confirmed case of SARS-CoV-2 in the United States, identified in Washington State on January 19 in an individual returning from Wuhan, belongs to the Washington State outbreak clade, but the researchers say the genomic information is too incomplete to know whether this case was the single introduction that led to community spread, or if the introduction might have come from very closely related virus variants sampled in British Columbia. The first case of community spread was detected on 28 February. To better understand the transmission chain that led to it, Bedford and colleagues analyzed more than 10,000 specimens collected as part of the Seattle Flu Study between 1 January and 15 March 2020. They find evidence for SARS-CoV-2 a few days before the first previously reported community case in Washington. Refining the time and geographic origin of the introduction into Washington State will require a combination of earlier samples and samples from other geographic locations, the authors say. They note that other states in the U.S. have shown different genetic histories from Washington State, with a majority of SARS-CoV-2 sequences from New York and Connecticut clustering within European lineages, for example.

Michael Worobey and colleagues analyzed collections of SARS-CoV-2 genomes from around the world to decipher their viral family trees and to determine whether introductions of the virus in early January 2020 in Washington State and in Germany led to major outbreaks in the U.S. and Europe. In the U.S., their reconstruction of events suggests that the first confirmed U.S. case in Washington State in early January prepared the local and state response so that state officials were relatively successful initially in slowing the virus' spread, compared to places like New York City. However, an influx of returning travelers in late January or early February, who were only loosely monitored by public health officials, may have led to multiple introductions of the virus that sparked community spread in Washington State and California, the researchers say.

Worobey et al. also took a closer look at the first confirmed SARS-CoV-2 in Europe, and whether this late January case in Bavaria, Germany, might be have sparked Italy's major outbreak in Lombardy in February. They conclude that the Bavarian virus variant is unlikely to be the cause of the northern Italy outbreak. While genomic data have suggested differences in the timing, spatial origins and transmission dynamics of early SARS-CoV-2 outbreaks, particularly in the U.S., Worobey and colleagues say their findings emphasize that epidemiological linkages inferred from genetically similar SARS-CoV-2 associated with outbreaks in different locations can be "highly tenuous," given low levels of sampled viral genetic diversity and insufficient background data from key locations. They say their findings highlight the potential value of establishing intensive, community-level respiratory virus surveillance architectures, such as the Seattle Flu Study, during a pre-pandemic period.

1 Comment on "Genome Analyses Track SARS-CoV-2’s Early Introduction to the U.S. and Europe"