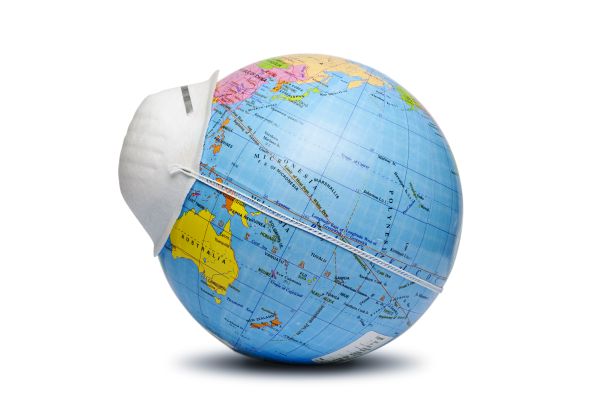 Eradicating COVID-19 across the globe is theoretically more feasible than for polio but much less so than it was for smallpox, according to an analysis by New Zealand researchers.

The researchers, writing in the journal BMJ Global Health, ranked the feasibility of eradicating the three diseases based on technical, socio-political and economic factors.

Professor Nick Wilson from the University of Otago, Wellington, says their analysis puts eradicating COVID-19 into the realms of possibility in terms of technical feasibility.

He says the combination of vaccination programs, public health measures and the global interest in combating the disease all contribute to making eradication possible.

“Elimination of COVID-19 at the country level has been achieved and sustained for long periods in various parts of the Asia Pacific region, which suggests that global eradication is possible.”

Vaccination programs have been responsible for the global eradication of smallpox and two of the three serotypes of poliovirus. Some other diseases are close to being eradicated without the use of vaccines, with China recently becoming the 40th country to be certified malaria-free.

Wilson says while there has been a focus on the need to reach herd immunity to overcome COVID-19, population immunity may not be essential to combat the disease, with smallpox having been eradicated through ring-vaccination programs which target the contacts of those infected.

The researchers say the challenges of eradicating COVID-19 relative to smallpox and polio include poor vaccine acceptance in some countries and the emergence of variants of the pandemic virus that may be more transmissible or able to evade the protection from vaccines.

But Wilson says the virus will eventually reach the limit of its ability to mutate into more infectious forms, and new vaccines will likely be formulated to deal with evolving strains of the disease.

Other challenges include the high cost of vaccinating the world’s population and upgrading health systems, and achieving international cooperation in the face of aggressive anti-science movements and vaccine nationalism.

Wilson says while the pandemic virus may infect wild and domestic animal populations, this is unlikely to be a serious challenge to eradication.

“Wild animal infections with SARS-CoV-2 appear to be fairly rare to date and when companion animals become infected, they don’t appear to re-infect humans.”

A co-author of the article, professor Michael Baker from the University’s Department of Public Health, says it may be possible to harness global concern about the pandemic.

“The massive scale of the health, social and economic impacts of COVID-19 in most of the world has generated unprecedented global interest in disease control and massive investment in vaccination programs.

“Unlike smallpox and polio, control of COVID-19 also benefits from the added impact of public health measures, such as border controls, social distancing, contact tracing and mask wearing, which can be very effective if well deployed.”

Baker says upgrading health systems to target COVID-19 could also help to control other diseases, and could even aid in eradicating measles.

“When all factors are taken into account, it could be that the benefits of eradicating COVID-19 outweigh the costs, even if eradication takes many years and has a significant risk of failure.”

The researchers say their work is preliminary and a more in-depth analysis of the costs and benefits of eradicating COVID-19 is needed.

“The World Health Organization or a coalition of national agencies working collaboratively needs to formally review the feasibility and desirability of attempting COVID-19 eradication on a global basis,” Baker says.

Elimination of COVID-19 has been achieved and sustained for long periods in a number of jurisdictions in the Asia-Pacific region (notably China, Hong Kong, Taiwan, Australia and New Zealand) which provides a proof-of-concept that global eradication is technically possible.