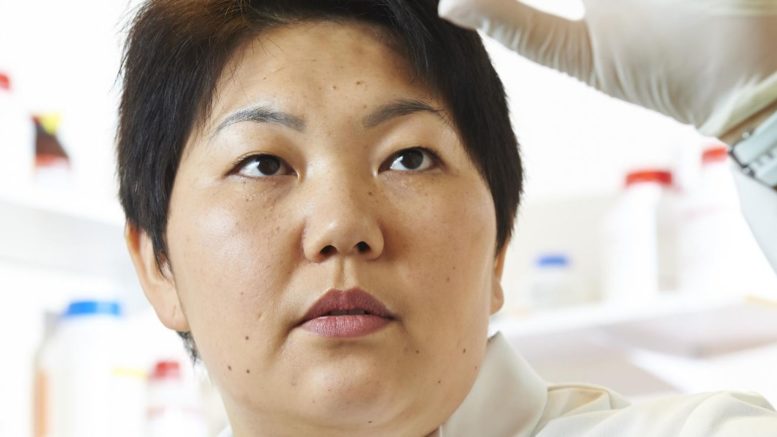 Vaccines are notoriously difficult to transport to remote or dangerous places, as they spoil when not refrigerated. Formulations are safe between 2°C and 8°C, but at other temperatures the proteins start to unravel, making the vaccines ineffective. As a result, millions of children around the world miss out on life-saving inoculations.

However, scientists have now found a way to prevent warmed-up vaccines from degrading. By encasing protein molecules in a silica shell, the structure remains intact even when heated to 100°C, or stored at room temperature for up to three years.

The technique for tailor-fitting a vaccine with a silica coat -- known as ensilication -- was developed by a University of Bath team in collaboration with the University of Newcastle. This pioneering technology was seen to work in the lab two years ago, and now it has demonstrated its effectiveness in the real world too.

In their latest study, published in the journal Scientific Reports, the researchers sent both ensilicated and regular samples of the tetanus vaccine from Bath to Newcastle by ordinary post (a journey time of over 300 miles, which by post takes a day or two). When doses of the ensilicated vaccine were subsequently injected into mice, an immune response was triggered, showing the vaccine to be active. No immune response was detected in mice injected with unprotected doses of the vaccine, indicating the medicine had been damaged in transit.

Dr. Asel Sartbaeva, who led the project from the University of Bath's Department of Chemistry, said, "This is really exciting data because it shows us that ensilication preserves not just the structure of the vaccine proteins but also the function -- the immunogenicity. This project has focused on tetanus, which is part of the DTP (diphtheria, tetanus and pertussis) vaccine given to young children in three doses. Next, we will be working on developing a thermally-stable vaccine for diphtheria, and then pertussis. Eventually we want to create a silica cage for the whole DTP trivalent vaccine, so that every child in the world can be given DTP without having to rely on cold chain distribution."

Cold chain distribution requires a vaccine to be refrigerated from the moment of manufacturing to the endpoint destination.

Silica is an inorganic, non-toxic material, and Sartbaeva estimates that ensilicated vaccines could be used for humans within five to 15 years. She hopes the technology to silica-wrap proteins will eventually be adopted to store and transport all childhood vaccines, as well as other protein-based products, such as antibodies and enzymes.

"Ultimately, we want to make important medicines stable so they can be more widely available," she said. "The aim is to eradicate vaccine-preventable diseases in low income countries by using thermally stable vaccines and cutting out dependence on cold chain."

Currently, up to 50% of vaccine doses are discarded before use due to exposure to sub-optimal temperatures. According to the World Health Organization (WHO), 19.4 million infants did not receive routine life-saving vaccinations in 2018.