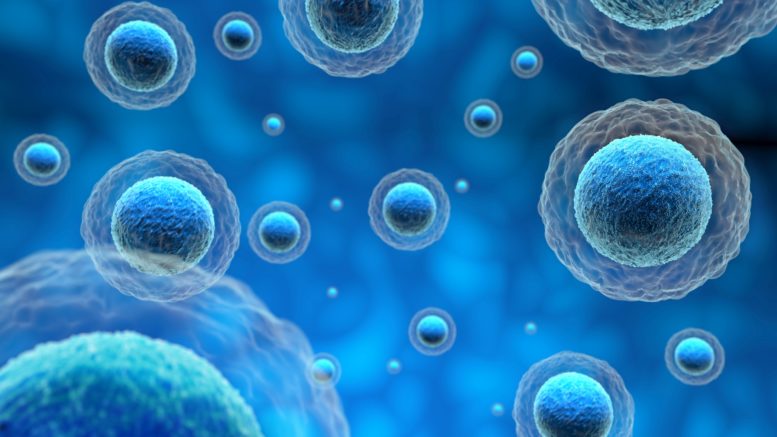 Dr. Katerina Johnson, who conducted her PhD in the University's Department of Experimental Psychology, was researching the science of that 'gut feeling' -- the relationship between the bacteria living in the gut (the gut microbiome) and behavioral traits. In a large human study she found that both gut microbiome composition and diversity were related to differences in personality, including sociability and neuroticism.

"There has been growing research linking the gut microbiome to the brain and behavior, known as the microbiome-gut-brain axis," Johnson says. "Most research has been conducted in animals, whilst studies in humans have focused on the role of the gut microbiome in neuropsychiatric conditions. In contrast, my key interest was to look in the general population to see how variation in the types of bacteria living in the gut may be related to personality."

Previous studies have linked the gut microbiome to autism (a condition characterized by impaired social behavior). Dr Johnson's study found that numerous types of bacteria that had been associated with autism in previous research were also related to differences in sociability in the general population. Johnson explained: "This suggests that the gut microbiome may contribute not only to the extreme behavioral traits seen in autism but also to variation in social behavior in the general population. However, since this is a cross-sectional study, future research may benefit from directly investigating the potential effect these bacteria may have on behavior, which may help inform the development of new therapies for autism and depression."

Another interesting finding related to social behavior was that people with larger social networks tended to have a more diverse gut microbiome, which is often associated with better gut health and general health. Johnson commented: "This is the first study to find a link between sociability and microbiome diversity in humans and follows on from similar findings in primates which have shown that social interactions can promote gut microbiome diversity. This result suggests the same may also be true in human populations." Conversely, the study found that people with higher stress or anxiety had a lower microbiome diversity.

Various other key and novel findings were also reported in this study. Most notably, adults who had been formula-fed as children had a less diverse microbiome in adulthood. Johnson commented: "This is the first time this has been investigated in adults and the results suggest that infant nutrition may have long-term consequences for gut health."

Diversity was also positively related to international travel, perhaps due to exposure to novel microbes and different diets. More adventurous eaters had a more diverse gut microbiome whilst those on a dairy-free diet had lower diversity. Furthermore, diversity was greater in people with a diet high in natural sources of probiotics (e.g. fermented cheese, sauerkraut, kimchi) and prebiotics (e.g. banana, legumes, whole grains, asparagus, onion, leek), but notably not when taken in supplement form.

"Our modern-day living may provide a perfect storm for dysbiosis of the gut," Johnson said. "We lead stressful lives with fewer social interactions and less time spent with nature, our diets are typically deficient in fiber, we inhabit over-sanitized environments and are dependent on antibiotic treatments. All these factors can influence the gut microbiome and so may be affecting our behavior and psychological well-being in currently unknown ways."

1 Comment on "Gut Bacteria are Linked to Our Personality"