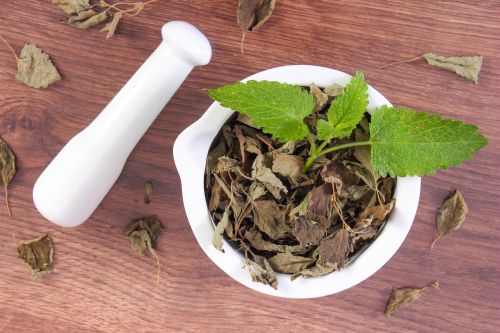 Bay Area Lyme Foundation, a leading sponsor of Lyme disease research in the U.S., today announced the publication of new data showing that herbal medicines have potent activity in test tubes compared to pharmaceuticals commonly-prescribed for the treatment of Bartonella henselae, a bacterium believed to be carried by ticks and the cause of cat scratch fever. This is the first study to find antimicrobial activity of some of these herbal medicines. Published in the journal Infectious Microbes & Diseases, the laboratory study was funded in part by the Bay Area Lyme Foundation.

“With increasing rates of tick-borne diseases and a consistent concern about the overuse of antibiotics, this early research of herbals is extremely exciting,” said Linda Giampa, executive director of the Bay Area Lyme Foundation. “We are hopeful that future pre-clinical and clinical studies will continue to show that herbals have the same effectiveness as this study and other recently-published studies.”

The study is the first to demonstrate that these three herbal medicines had high activity against stationary phase Bartonella henselae:

The study also confirmed the anti-microbial activity of these two herbal medicines against the same bacteria:

Three of these – Chinese skullcap, Cryptolepis, and Japanese knotweed – have previously been shown, in similar test tube models, to also be effective against both Borrelia burgdorferi, the bacteria that causes Lyme disease, and Babesia duncani, a malaria-like parasite found on the West Coast of the U.S. that causes the disease babesiosis. These three herbal medicines, as well as black walnut, were shown to be more effective than commonly prescribed antibiotics against Borrelia burgdorferi.

“As many people with Lyme disease are co-infected with other pathogens, these findings, which show that certain herbal medications are effective in the lab against multiple tick-borne infections, are an important advance for the tick-borne disease community,” said co-author Sunjya K. Schweig, MD, founder and director of the California Center for Functional Medicine and scientific advisory board member of the Bay Area Lyme Foundation. Collaborating researchers were from Johns Hopkins Bloomberg School of Public Health, California Center for Functional Medicine, FOCUS Health Group, Naturopathic, and Zhejiang University School of Medicine.

“Because so many patients with tick-borne disease do not respond to the standard treatments outlined in medical guidelines, we need research on potential alternatives that can fill this gap and aid in the recovery of patients managing acute and long-term symptoms,” added Schweig.

These botanical compounds still need to be tested in animal models as well as in clinical trials. While each of these botanical medicines are already in clinical use, it is important for future studies to evaluate them directly in patients using specific clinical treatment regimens, as each have the potential to produce side effects in patients, and should be taken only under the care of a clinician knowledgeable of their capabilities, interactions and toxicities.