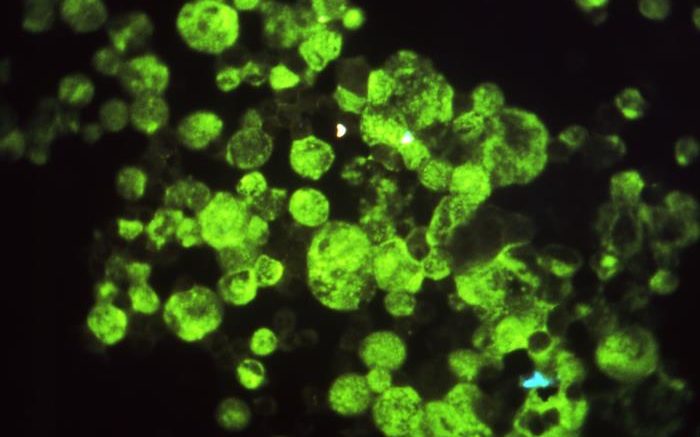 As many of us may experience, literally on the skin, the common herpes simplex virus type 1 is a primary cause of orofacial lesions. The less prevalent form, herpes simplex virus type 2, is usually responsible for genital herpes. Both viruses can also cause very serious diseases, including non-epidemic encephalitis and neonatal herpes infection. In the latter case, the virus is generally transmitted by the mother during delivery and the consequences can be extremely serious for the infant.

To better understand the origins of the virus, the research team has shown that the evolutionary history of these two viruses is different and more complex than previously thought.

"We analyzed the diversity of the two viruses in relation to their geographical origin," researcher Diego Forni explains, "and what we noticed are that viruses deriving from distinct continents were not particularly different, an observation that is not consistent with the hypothesis of an ancient migration. Our data, however, clearly indicated that the two viruses originated in Africa. We therefore thought it was necessary to estimate when the viral strains circulating today among human populations left the African continent. "

The study, conducted at the IRCCS Medea in collaboration with the University of Milan, has just been published in the advanced online edition of Molecular Biology and Evolution.

Just as for other viruses belonging to the Herpesviridae family (e.g., viruses that cause chickenpox and mononucleosis), herpes simplex viruses type 1 and 2 are very similar to viruses that infect African great apes. In many cases these viruses have evolved together with their hosts and have infected our species since it originated in Africa. To date, Africa remains the continent where herpes simplex viruses type 1 and 2 are most prevalent. This gave rise to the hypothesis that the viral strains that infect us today left Africa in very ancient times. It was thought this coincided during the major "Out of Africa" migratory event that, around 60,000 years ago, led humans to populate all other continents.

"Recently, thanks to the study of viruses found in archaeological remains, the scientific community has a better knowledge of the speed at which viral species evolve," said study co-author Manuela Sironi. "Thus, we can use rather precise methods that allow the dating of viral origin and dispersal. By applying these methods, we estimated that the circulating strains of herpes simplex virus type 1 migrated from Africa about 5000 years ago. The exit from Africa of herpes simplex virus type 2 was even more recent and probably occurred in the eighteenth century."

The type 2 herpes result draws a link between epidemiological data and a major historical event --- the height of the transatlantic slave trade. In this century, millions of people were deported from Africa to the Americas. Most likely, this heinous forced human migration also led to the initial spread of herpes simplex virus type 2 in the Americas. In fact, the prevalence of the virus is higher in this continent than elsewhere and it is second only to Africa.

And herpes simplex virus type 2 is probably not the only pathogen to have been introduced to the American continent as a result of the slave trade. Previous studies have shown that the same happened for yellow fever virus and for a parasitic worm (Schsitosoma mansoni). For ecological reasons these pathogens remained confined to tropical or subtropical areas. Herpes simplex virus type 2, instead, found no barriers to today's planetary spread.

Be the first to comment on "Herpes Simplex Viruses: New Relationships Between Epidemiology and History"