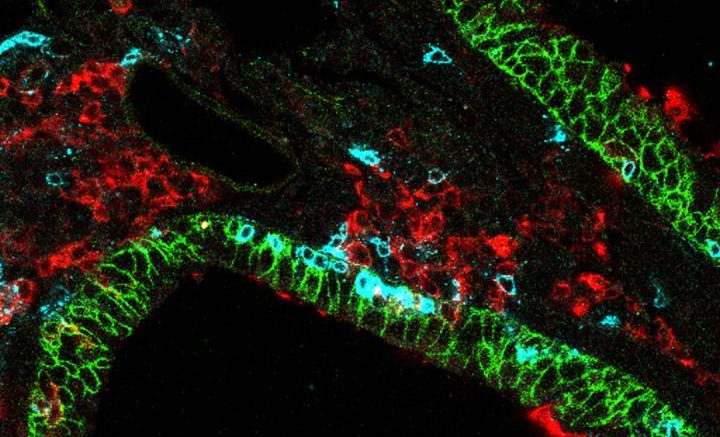 A significant site of damage during COVID-19 infection is the lungs. Understanding how the lungs' immune cells are responding to viral infections could help scientists develop a vaccine.

Now, a team of researchers led by Salk professor Susan Kaech has discovered that the cells responsible for long-term immunity in the lungs can be activated more easily than previously thought. The insight, published in the Journal of Experimental Medicine on June 11, 2020, could aid in the development of universal vaccines for influenza and the novel coronavirus.

"Inside our lungs exist long-lived killer T cells that recognize specific viruses and protect us against re-infection, should we encounter the virus again. Our results have elucidated the manner by which these cells 'see' the virus upon re-infection and provide rapid immunity," says Kaech, director of Salk's NOMIS Center for Immunobiology and Microbial Pathogenesis. "It also may help us understand long-term immunity as it relates to coronavirus."

When we are first exposed to bacteria or viruses, such as influenza, one type of our immune cells, known as killer T cells, destroy infected cells to prevent the spread of the disease. Once the pathogen is cleared, these experienced killer T cells (also called killer "memory" T cells) remain in our body long-term, and "remember" previous invaders. These killer memory T cells enable our immune systems to more rapidly respond to a second attack and effectively provide long-term protective immunity against the invader, a fundamental concept behind vaccination.

Scientists know a lot about how killer memory T cells get activated in lymphoid organs (such as lymph nodes). Immune messenger cells called dendritic cells present fragments of the virus to the killer memory T cell, similar to a handler presenting a scent to a hound, to license their killer function.

But prior studies had not examined this interaction in vital organs, such as the lung. The lung is a frequent entry site for pathogens such as influenza and coronavirus, so the team set out to confirm whether this long-held dogma applied to killer memory T cells that reside in the lungs.

"At first, our results were disappointing because it didn't seem like our experiments were working; the killer memory T cells in the lungs continued to recognize the virus after the deletion of many different messenger cell types," says Low, now a postdoctoral fellow at the Institute for Research in Biomedicine (IRB) at the Università della Svizzera Italiana, in Switzerland. "Soon, we realized that these lung-resident killer memory T cells were special because they were not reliant on any single type of messenger cell. Instead, they could 'see' the second influenza infection through a variety of different messenger cells, including non-immune cells like lung epithelial cells, which was a remarkably exciting finding."