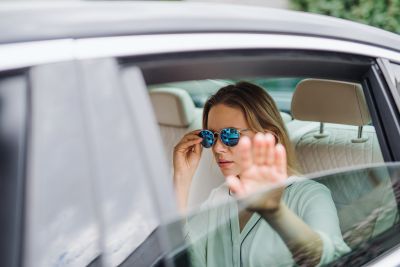 Not all public figures are equally beloved, and sometimes when more controversial celebrities get sick, it may negatively affect people's health intentions. In a study of people's reactions to radio host Rush Limbaugh's announcement of a lung cancer diagnosis and Kentucky Sen. Rand Paul's announcement of a diagnosis of COVID-19, researchers at Penn State found that those who took pleasure in their misfortune were themselves less likely to take steps to prevent lung cancer or COVID-19.

"Schadenfreude is the emotion of feeling pleasure in another's misfortune," said Jessica Gall Myrick, associate professor of media studies. "In our study, after learning the news of a politician's illness, if people felt schadenfreude, they were much less likely to intend to take the actions that would prevent either lung cancer or COVID-19."

In general, previous research by Myrick has found that coverage of celebrity ailments can raise public awareness of serious illnesses, which can then serve as a motivation for people to avoid bad activities or start new healthy routines. But most studies on the topic examine how the public responds to well-liked celebrities. Respondents were not asked if they liked or disliked the person reporting the illness in the current study, but rather if they felt schadenfreude upon hearing the news of Limbaugh and Paul.

The first survey was conducted with 414 American adults following Limbaugh's February 2020 announcement that he was diagnosed with advanced lung cancer. The second survey was conducted in March 2020 to 407 American adults following Paul's announcement that he had been diagnosed with COVID-19. Paul was the first national politician to confirm a diagnosis. Respondents were recruited and the surveys were conducted using Amazon Mechanical Turk.

The researchers tested the idea that when the average person sees news coverage about the illness of a public figure that they do not like, then they can experience the emotion of schadenfreude. They examined how that feeling affected people's intentions to prevent themselves from getting sick after hearing the news about Limbaugh and Paul, respectively.

Both of these surveys showed the same pattern; the respondents who felt greater schadenfreude toward Limbaugh and Paul after learning of their illnesses were less inclined to take the steps to prevent lung cancer and COVID-19.

Political ideology was not related to feelings of schadenfreude, according to these studies. The only factor that could predict how much schadenfreude people felt was how well they believed they knew these famous individuals through the media.

Myrick added that schadenfreude is a positive emotion and when "we feel happy and pleased, we also feel safe." This may be the reason people are less likely to avoid the health risks.

"Basically, why would we do anything to alter this good feeling by confronting a depressing health threat and thinking about bad things that could happen to us?" Myrick said. "Because schadenfreude puts us in a pleasant, pleasure-filled state, we let our guards down for risks to our own health."

The findings could have serious public health implications, according to Myrick. It makes it hard for health advocates to convince some segments of the population to take preventative actions when controversial political figures get sick.

"We need additional research to figure out the underpinnings of these feelings to see if there are other ways," she said. "Either through encouraging empathy for the ill or maybe even by better channeling the feelings of schadenfreude toward positive action."