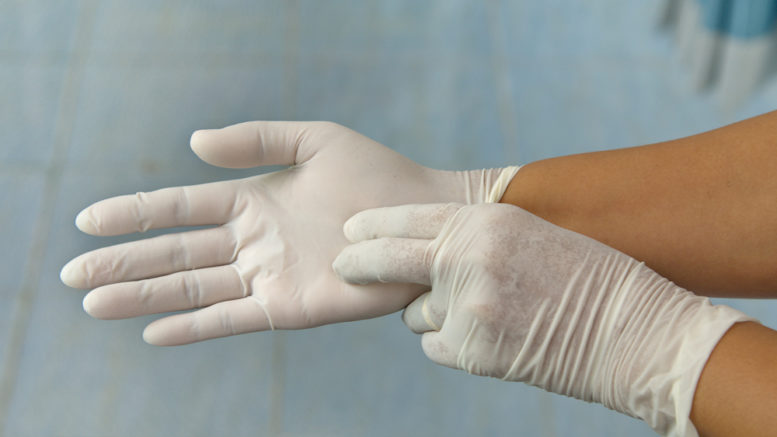 Despite evidence demonstrating the value of transmission-based precautions (TBPs), healthcare worker (HCW) adherence to the use of PPE remains suboptimal and has been implicated in the transmission of healthcare-associated infections. Infection prevention and control (IPAC) programs have attempted to address poor adherence through extraneous interventions such as education and enhanced auditing; however, these improvement strategies have not been associated with durable change. By contrast, no studies have looked to address the intrinsic deficiencies in the system design of TBPs from a human factors perspective.

Human factors principles dictate that improving the system design will improve the probability of HCWs performing the correct behaviour. The objective of this study by Williams, et al. (2019) was to apply a human factors-based improvement strategy to improve HCW adherence to the use of PPE.

A prospective before–after study was performed at two healthcare facilities in Toronto, Ontario, Canada. Emergency departments (EDs) and all inpatient units, with the exception of neonatal units, were eligible for inclusion.

To identify system design factors that promoted HCW non-adherence to the use of TBPs, usability assessments were completed by pairing observers with expertise in human factors principles with high-users of TBPs. Assessments evaluated individual HCWs to better understand their interaction with signage and PPE. System barriers were then grouped according to Systems Engineering Initiative for Patient Safety (SEIPS) work system themes: (1) tools/technology (e.g. ease of understanding existing TBP signage and usability challenges with goggles used for eye protection), (2) environment (e.g. variable signage placement), and (3) organization (e.g. availability of PPE equipment in the ward clean utility room).

The intervention was designed to address three identified system barriers including: (1) improved signage for TBPs, (2) standardized signage placement, (3) introduction of a mask with integrated face shield instead of goggles, and (4) improvement in availability of required PPE in unit clean utility rooms. Prototypes of improved TBP signage were designed separately at each facility in accordance with recognized usability principles (heuristics). Placement was standardized and dedicated attachment mechanisms were installed in the preferred standardized location identified for each room type. Goggles for eye protection were replaced with a mask with integrated face shield. Each facility co-ordinated with central stores to ensure availability of correct PPE in the clean utility room on the unit. No formal education programme was associated with the implementation of the intervention.

Audits were performed on rooms when a patient was under TBPs. Auditors were not previously known to HCWs and stood 1 m directly across from the entrance to the patient-care area. Auditors visually assessed the appropriateness of signage, signage placement, and availability of PPE, and waited up to 10 min to directly observe an HCW entering the room. HCW adherence to recommended PPE was evaluated based on the signage posted on entrance to the patient care area and HCWs were considered adherent if all PPE was used appropriately and non-adherent if any element was excluded. The same patients could not be audited again unless their location changed. More than one HCW could be observed during an observation period. Audits were performed only on weekdays during daytime shifts at standardized times for both baseline (July 11 to Nov. 30, 2017 at Facility A, May 16th to July 11th, 2017 at Facility B) and following the implementation of the intervention (December 12th, 2017 to March 13th, 2018 at Facility A, July 13 to Aug. 31, 2017 at Facility B).

The primary outcome was the change in HCW adherence to recommended PPE between the baseline and intervention periods. Descriptive statistics were calculated and the χ2-test used to detect difference in proportions. P < 0.05 was considered statistically significant. Data were analyzed using SPSS Statistics version 24 software.