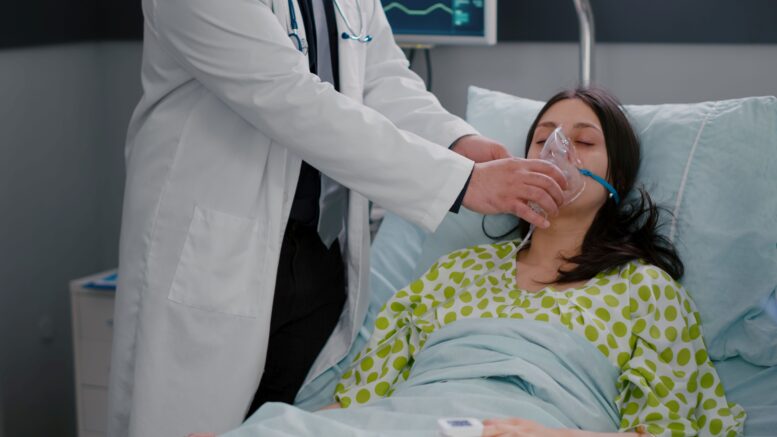 A clear-cut seasonal pattern of respiratory viruses has been identified by University of Alberta researchers, and could help hospitals plan ahead for waves of sick patients.

Bouts of respiratory illness from six viruses that were analyzed by the U of A team all peak in January and hit a low in June, and the peaks are worse every second year, according to lead researcher Michael Hawkes, a pediatrics professor in the faculty of medicine and dentistry.

“Knowing these patterns ahead of time provides a heads-up that can help the health-care system,” suggested Hawkes, a member of the Women and Children’s Health Research Institute and a Stollery Science Lab Distinguished Researcher.

The study, published in JAMA Network, was launched to explore a constant trend being noticed by pediatricians for a particular virus that strikes babies, said Hawkes.

“It’s a well-known fact (among the medical community) that in December and January, the hospital wards are packed with infants with respiratory syncytial virus (RSV).” The virus is responsible for sending one per cent of infants worldwide to hospital. “It strikes like clockwork in the winter months, so we wanted to examine this behavior more deeply.”

The seasonal pattern was discovered in more than 10,000 Alberta babies hospitalized for RSV. As well, the study showed that babies born in January had a higher risk of hospitalization for the virus than those born in June, and that infants born in severe peak years were more likely to be infected and hospitalized.

At the same time, Hawkes and his team explored other respiratory viruses, including some human coronavirus strains, and also confirmed similar seasonal and biennial patterns for them, based on clinical lab data analyzed from more than 37,000 patients in Alberta from 2005 to 2017.

“From a high year of infection, there is a large number of people with immunity going into the next season, which means low levels of infection. But a low infection year would be followed by low levels of immunity and high levels of disease in the subsequent year — an alternating pattern based on transient immunity.”

Overall, the findings could be used to help the health-care system predict and prepare for high seasons of illnesses that require hospital care.

“Understanding these patterns would, for example, allow us to ramp up our RSV immunizations and public health messaging about measures like handwashing, and also help with planning: how many nurses and beds we are going to need in a given year.”

Cases of RSV are likely to be high this winter, he predicted, noting immunity is low given that COVID-19 restrictions kept many people at home and out of school last year, reducing cases of the illness.

“Based on the implications of our work, the healthcare system should prepare for a wave.”

And while the coronaviruses the researchers studied are responsible for less serious illnesses like the common cold and flu, the findings could potentially help hospitals brace for future seasonal waves of COVID-19 or other emerging pathogens, Hawkes added.

“COVID-19, like its cousins, is a respiratory virus and is likely to follow similar patterns as these other six viruses, so we could expect winter peaks and summer lows for COVID going forward, under natural conditions, without vaccine intervention.”

Hawkes noted that although patterns would change with mass vaccination, knowing the seasonal patterns would allow hospitals to prepare for peaks of illness among people who are unvaccinated.

“We could predict the high and low months for illness and adjust our intensive care unit capacity accordingly.”

Hawkes received funding for his research from the Stollery Children’s Hospital Foundation through the Women and Children's Health Research Institute.