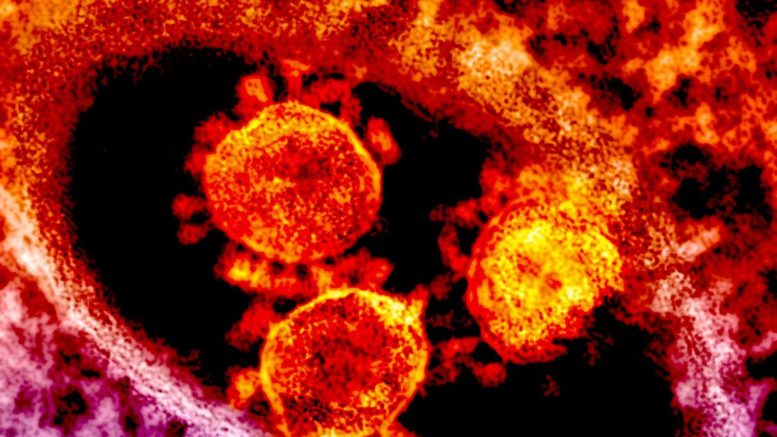 An investigational vaccine called ChAdOx1 MERS protected two groups of rhesus macaques from disease caused by Middle East respiratory syndrome coronavirus (MERS-CoV). MERS-CoV is a relative of the severe acute respiratory syndrome coronavirus 2 (SARS-CoV-2), which causes coronavirus disease 2019 (COVID-19). National Institutes of Health scientists and colleagues are pursuing similar studies with ChAdOx1 SARS2, a vaccine candidate against SARS-CoV-2. They posted their results(link is external) with ChAdOx1 MERS on a preprint server. The findings are not yet peer-reviewed but are being shared to assist the public health response to COVID-19.

ChAdOx1 MERS, which uses a replication-deficient chimpanzee adenovirus to deliver a MERS-CoV protein in recipients, also worked against six different strains of MERS-CoV when tested in mice as a single vaccination. Scientists from NIH’s National Institute of Allergy and Infectious Diseases (NIAID) at Rocky Mountain Laboratories in Hamilton, Mont., led the project. Collaborators work at the University of Oxford in the United Kingdom; researchers at the University of Oxford Jenner Institute developed the ChAdOx1 vaccine technology.

Human cases of MERS-CoV were first reported in Saudi Arabia in 2012; dromedary camels are also infected with the virus and likely transmit it to people. MERS-CoV causes disease deep in the lungs, leading to pneumonia among infected individuals. Through January 2020, the World Health Organization had received reports of 2,519 MERS-CoV cases and 866 deaths in 27 countries.

In the macaque study, one group of animals was vaccinated 28 days prior to infection; the other group received two vaccinations—a prime-boost strategy—56 and 28 days prior to infection. A third group of monkeys served as controls. The scientists report that none of the animals in the two treatment groups developed signs of MERS-CoV disease. The prime-boost group clearly had less virus in lung tissue compared to the control group and no evidence of replicating virus, while the prime-only group showed much less virus in tissue than the control group. Both treatment groups showed no lung damage and were protected from disease, unlike the control animals.

The scientists’ MERS-CoV macaque study follows earlier studies of the experimental vaccine in mice. They also have successfully tested the vaccine platform against Nipah virus in hamsters and against Lassa virus in guinea pigs; they next plan to expedite testing a vaccine candidate against SARS-CoV-2.

The MERS vaccine is being studied in Phase 1 human clinical trials in the United Kingdom and Saudi Arabia. The same chimpanzee adenovirus vaccine platform also is being assessed for malaria, HIV, influenza, hepatitis C, tuberculosis and Ebola.