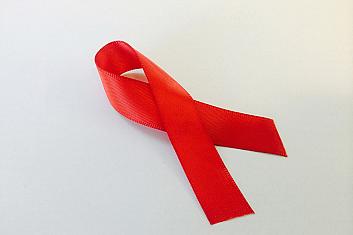 Kidney transplantation from deceased donors with HIV to people living with both HIV and end-stage kidney disease is feasible and safe, investigators supported by the National Institutes of Health have found. Their study demonstrates that the pool of available kidneys for people with HIV can be expanded by including donors with HIV, making more kidneys available for all who are awaiting a transplant.

The new findings build on research from 2019, when scientists from the University of Cape Town and NIH reported that people living with HIV who received kidney transplants from deceased donors with HIV had high overall survival and kidney graft survival after five years.

People living with HIV have a growing prevalence of end-stage kidney disease and are nearly three times more likely to die while on kidney dialysis than people without HIV. Kidney transplantation extends the lives of people with HIV and end-stage kidney disease, but these individuals face a shortage of donors and limited access to donor kidneys. The HIV Organ Policy Equity (HOPE) Act, passed by the U.S. Congress and signed into law in 2013, allows organ transplants from donors with HIV to recipients with HIV in approved research studies in the United States. Experts concurred that kidney transplantation between people with HIV would expand the pool of available organs and save lives. Consequently, investigators sought to explore the safety of this innovative transplantation practice.

The multicenter study was conducted by the HOPE in Action team led by Christine M. Durand, M.D., associate professor of medicine, and Dorry Segev, MD, professor of surgery at Johns Hopkins University in Baltimore. NIH’s National Institute of Allergy and Infectious Diseases (NIAID) funded the study with additional support from the National Cancer Institute, also part of NIH.

Between March 2016 and July 2019, investigators at 14 clinical research sites enrolled 75 adults with end-stage kidney disease and HIV whose virus was reliably suppressed by anti-HIV therapy. Twenty-five participants received kidney transplants from deceased donors with HIV, and 50 participants received kidney transplants from deceased donors without HIV. The latter group included 22 donors who had false-positive HIV tests, another new organ source that has been an unexpected benefit of the HOPE Act.

Durand also is leading the HOPE in Action Multicenter Kidney Study, a large-scale, NIAID-sponsored clinical trial to further study the safety of kidney transplantation between people with HIV.

Be the first to comment on "Kidney Transplantation Between People With HIV is Safe, NIH Study Finds"