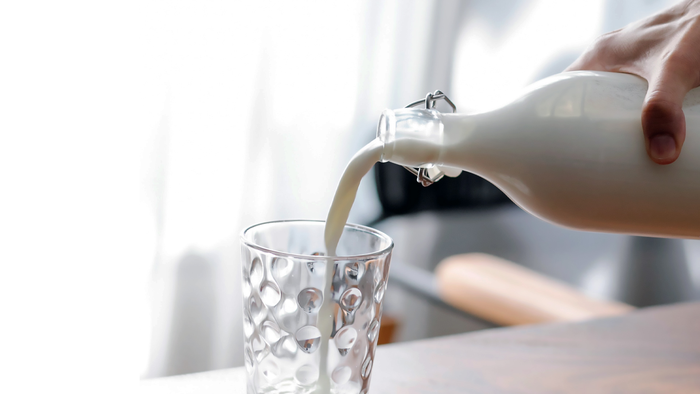 The antiviral properties of lactoferrin makes it a great natural supplement that could also be used as an adjunct for COVID-19 and for various other respiratory tract infections (RTIs) according to a team of researchers led by the University of Huddersfield.

Lactoferrin is a protein naturally found in breast milk, for example in cow milk and human milk, and is also found in fluids in the eye, nose, respiratory tract, intestine, and elsewhere. The benefits are well documented however, it wasn’t known if taking the molecule as a supplement would have the same beneficial value, until now.

The findings of the study, headed by the university’s Dr. Hamid Merchant from the University’s Department of Pharmacy is one of the first meta-analyses carried out on multiple independent lactoferrin clinical trials that is now published in an official publication of the European Society for Clinical Nutrition and Metabolism (ESPEN). The study has made evident that the administration of lactoferrin shows promising efficacy in reducing the risk of RTIs, which is proven to be a key ingredient for our natural defense systems against invading viruses.

“This is a very promising molecule which can be adopted as an adjunct therapy for COVID-19 and could be part of a daily routine for people to take, along with vitamin C, D and Zinc supplements to keep our immune system healthy. Particularly now winter is almost upon us we need this extra protection a lot more now than during the summer," said Merchant.

It is this antiviral property of lactoferrin that makes it a great supplement for use as an adjunct for COVID-19 and other respiratory infections, but Merchant believes these are still preliminary findings and warrants further evidence from a large, well-designed randomized controlled trial.

“Given the high clinical importance of respiratory tract infections amid the COVID-19 pandemic, we aimed to systematically examine the interventional RCTs on the efﬁcacy of bovine lactoferrin in preventing the occurrence of RTIs,” said Dr. Syed Hasan, another of the University’s researchers involved in the study. “The administration of Lactoferrin showed promising efﬁcacy in reducing the risk of RTIs and may also have a beneficial role in managing symptoms and recovery of patients suffering from RTIs,” he said.

Lactoferrin is prepared by specialized dairy companies who make milk, infant formulas or milk-based products who isolate this biomolecule from the milk and various other companies then procure it to sell as a supplement.

However, Merchant argues that lots of low cost lactoferrin supplements being sold online are not of desired quality because with it being a biomolecule that is classed as a nutritional supplement, the production of lactoferrin isn’t legally enforced to follow the same strict regulatory process as for medicines.

The natural form of lactoferrin isolated from the milk by a specialized filtration process have superior biological properties than the most lactoferrin products that are chemically processed and treated. Moreover, supplements available in the form of orodispersible tablets (dissolved slowly in the mouth) are superior to commonly available lactoferrin products that are meant to be swallowed with water. The buccal tablets not only increase the mucosal concentration of lactoferrin but also helps with its absorption and avoids its deterioration by the stomach acid.

“This is a very promising molecule which can be adopted as an adjunct therapy for COVID-19 and could be part of a daily routine for people to take, along with vitamin C, D and Zinc supplements to keep our immune system healthy. Particularly now winter is almost upon us we need this extra protection a lot more now than during the summer,” Merchant said.

Members of the team who also helped with the study included international researchers Akbar Shoukat Ali from The Aga Khan University Karachi and Chia Siang Kow from Monash University Malaysia.