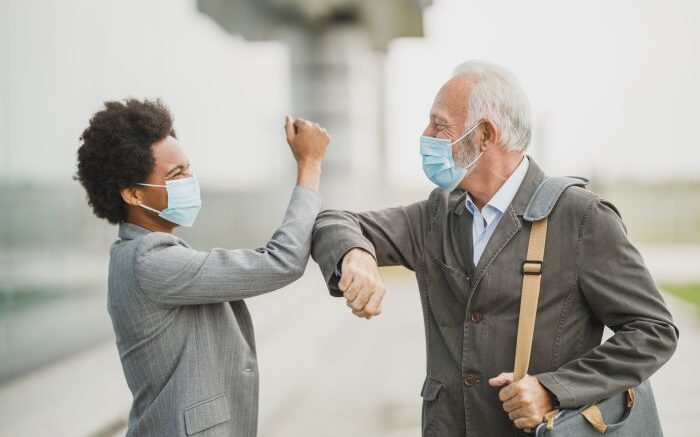 People strongly favor a fairer and more sustainable way of life in the wake of the COVID-19 pandemic, despite not thinking it will actually materialize or that others share the same progressive wishes, according to new research which sheds intriguing light on what people have missed most and want for the future.

The international study, led by the University of Bristol, reflects people’s preferences in the United Kingdom and United States in the early as well as later stages of the pandemic, and shows striking commonality in their perspectives.

A “fairer future with grassroots leadership” was around four times more popular, favored by some 40% of participants, than a “return to normal”, which only garnered support from little more than 10%, in both the UK and US, when presented with various scenario options for the future.

However, the majority of respondents expected normality to resume regardless of their preferences, mistakenly believing their views were in the minority and that most wanted a return to the status quo.

Lead author Professor Stephan Lewandowsky, Chair in Cognitive Psychology at the University of Bristol, said: “The findings revealed people’s appetite for positive change, but also a strong sense of skepticism about whether this would actually materialize or that their views were in fact widely shared.

“This is important for everyone, including leaders and policy makers, to know so we can recognize and raise awareness of the common consensus contrary to popular belief. When people start to feel in the majority with their hopes, this instils greater belief and action towards achieving and making them real.”

The paper, entitled ‘Losses, hopes, and expectations for sustainable futures after COVID,’ and published in the Nature journal Humanities & Social Sciences Communications, comprised two online questionnaires undertaken between May and July, 2020, and July 2021, involving nearly 1,000 (981) adults in total aged from 18 to 85 years old.

In addition to being asked about their future hopes, participants also shared what they missed most during the pandemic. Meeting family and friends was by far the most commonly cited activity, mentioned by nearly half of UK and US respondents. Going to bars and restaurants came second top in both countries, with the absence of leisure activities such as going to the cinema, festivals, and museums less keenly felt across the board.

Non-essential shopping was a notable exception, apparently missed nearly twice as much by Americans than their UK counterparts and even more so than the loss of touch and physical presence. Curiously, more than twice as many Americans were also pleased to avoid physical intimacy, such as hugs. Meanwhile UK residents missed freedom of movement to a much greater extent, although the survey coincided with news of travel restrictions which meant summer holidays abroad would be cancelled.

Travelling to and working at the office were far from missed by both UK and US respondents, with similar numbers being pleased to have lost unwanted travel, commuting, and the assumption work could only be done in person. Around one in five respondents in both the UK and US favored working from home in future. Having less stress and reduced commitments were also commonly supported.

Nearly one in six UK respondents welcomed the lost pollution and a desire to care for the environment was voiced across both sides of the Atlantic. Similarly, more than a fifth of respective respondents wanted a less individualistic and more caring future, with comparable numbers of UK respondents hoping to use their time differently. Keeping a sense of community, friendliness, and continuing to look out for others were also deemed important, including maintaining a great appreciation of essential workers among UK respondents.

Co-author Keri Facer, professor of educational and social futures at the university’s School of Education, said, “This study provides hugely rich insights into people’s feelings during the COVID-19 pandemic and how they want to emerge from it. While many have faced great sacrifice and loss, there are also some silver linings which people clearly want to hang on to both for their own benefit and the greater good. These range from having more time and flexibility to devote to family to playing a more active role in the community, caring for others, and protecting the environment which is also in grave peril.”

Although the preference for a more progressive future was apparent overall, this sentiment was strongest among respondents on the political left and center-left wing and opposition to it was only apparent on the extreme right, while those of center-right leaning were largely indifferent.

Lewandowsky said, “The findings show an overwhelming level of endorsement to ‘build back better’ and indicate this would be broadly accepted across the political spectrum. This should give decision makers confidence when driving forward measures to help combat growing challenges which extend far beyond the pandemic, namely climate change and inequality.”